20 Types of Coworkers We All Have in Every Office

When you work in a corporate you are bound to be surrounded by many types of people. The people you work with have the ability to influence, inspire, and even annoy you at times. Here are the different types of coworkers we have in office.

When you work in a corporate you are bound to be surrounded by many types of people. The people you work with have the ability to influence, inspire, and even annoy you at times. Here are the different types of coworkers we have in office.

According to the research done by Globoforce, 78 percent of the people working for 30 to 50 hours a week, spend more time with their coworkers than with their families.

We all work around people everyday; in fact, we spend more time with our colleagues than with our family. Working too long in an organization means you get to learn about each and every coworker’s own little quirks. There are different species of coworkers that you may find around you.

So what kind of fellow workers are you surrounded by? You must have seen some good listeners, you might have seen someone who never stops complaining, and you may have come across a natural leader.

When working, you are bound to meet all kinds of people; some weird, some funny, some friendly, some jealous, and many more. We have come up with a list of some of the common types of coworkers most of us find at the workplace.

People of this type are friendly and helpful. It is nice to have them around, as they are very supportive and motivating. Most of us meet at least one colleague who becomes our friend.

Hanging out with him makes you happy, taking his help makes difficult assignments easier, and talking to him after a bad day at work is comforting. He is someone you can rely on.

The ‘I am So Funny’ Person

People of this type love to crack dumb and boring jokes, and think they are very good at it. They are obsessed with their own jokes and want people to appreciate their sense of humor. Some of their jokes could be funny but they distract you from work. Unfortunately, they don’t get caught goofing off even if the Big Guy is around.

They don’t care if the job is too small or too big, they just need something to whine about. Whether it’s their personal lives or professional. They are bound to pick something and constantly complain about it.

They express displeasure when they have less work and they are unhappy when they have too much of it. Nothing in their life ever works out and they love to crib about everything.

Those who Never get Promoted

It’s common to encounter a bully during your high school or college. Well, you have this kind of people in office too. They act as if they are your boss, even if you both are on the same designation. They leave no stone unturned when it comes to insulting you or belittling you at every team conference. They want to rule you or maybe your entire team.

In Constant Discussion on Pets/Kids

It’s fine to hear stories of their kids or pets once in a while. But coworkers of this type never stop discussing them with you. The moment you meet them, they start bragging about their kids or telling you how they trained their pet

It gets annoying when the same kind of stories about their kids or pets become a daily routine, and when they talk about these for hours.

Those who Don’t Take Leaves

There are some people in office who never take a leave. Maybe they love their work, or maybe they have nothing else to do. They take their work a bit too seriously, and do not miss even one day. Remaining absent is a crime for them, and they like to brag about the fact that they have never missed work.

Those who Seldom Turn Up

Coworkers of this species come to work only once or twice a week, and enjoy more leaves than the ones they are entitled to. They may come one day and then disappear for the rest of the week.

Sometimes their leave period stretches so long that you think they have been sacked or have resigned. And the next day, they suddenly turn up. Perhaps, they are very casual about their job and take it for granted.

They are the ones who pretend to be your friend, assure you that your secret is safe with them, but they turn out to be worse than your enemies. They may be sweet to you on the face, but they are the first to backstab you.

You discuss an awesome idea with them, only to find that they have stolen it and projected it as their own. They are jealous of you and see you as a threat, which is why they try to make you look bad.

There are people who feel that the rules laid out by the organization do not apply to them. They reach late to office or leave before time. They use their phone too often or extend their breaks. They don’t follow deadlines and they seldom attend meetings.

They don’t get their own stuff and like to borrow from others. And if you lend them something, you may never get it back. They steal office stationery and other supplies. They use the organization’s possessions as their own. You may find some who steal even toilet paper or coffee. And in extreme cases, you may find those who steal your money.

They work really hard for the betterment of the organization. They stay back, and put in their best to fetch excellent results. They are dedicated and productive. We may admire them or envy them for this, but once in a while, we get bored of these “heroes”, especially when our superiors compare us with them.

They are a bunch of unenthusiastic people who are not interested in participating in any activity. When working with them, only you are needed to do all the work. They don’t show the desire to do anything and work only for the paycheck. They won’t do anything extra for the organization.

It’s quite common to see at least one coworker who belongs to this category. They aim at achieving perfection in every given task.

They like to do things their own way and ignore the alternatives suggested by others. They are pretty controlling and dominating. They always have the urge to go through even the tiniest of details, which can be tiresome for the team members.

They are deluded by the notion that the world is out to get them. Even though the upper management delegates responsibilities equally to all the coworkers, they always feel that their superior is being partial. They respond to such or any other situations for that matter, in the most melodramatic ways.

Fellow workers of this type try their luck on everybody in the office, irrespective of whether they are married or not. They may seem to be doing you favors or complimenting you on every little thing of yours. But mind well, they are doing the same to many others.

They love to tell the whole office about their accomplishments; personal or professional. If you have not started working on your project, too bad! Mr. boaster has already finished his. They boast about their ideas and about how the boss always appreciates their effort and work.

There are some people who get promoted due to their hard and diligent work. But there are some who are promoted because they suck up to their boss to gain favors.

They believe in getting ahead, not on the basis of their talent or sincerity, but by flattering their boss. Running behind their superior, or listening to whatever he says, interests them more than the actual work they have been assigned.

Whenever you pass through the hallway or the pantry, you always dread to see that one person who takes all your time with endless chatter. They engage you in conversation for a really long time and you can’t help but stand there and listen to their nonsense. 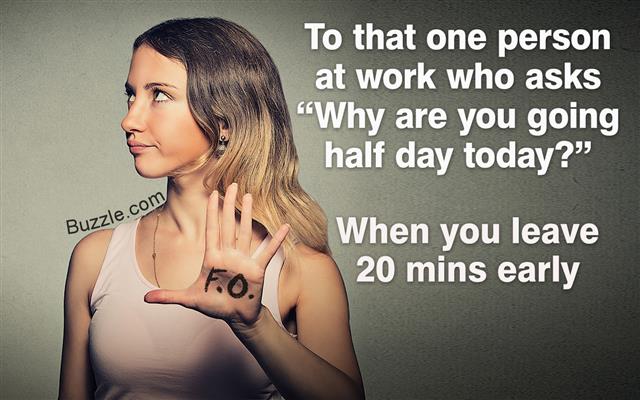 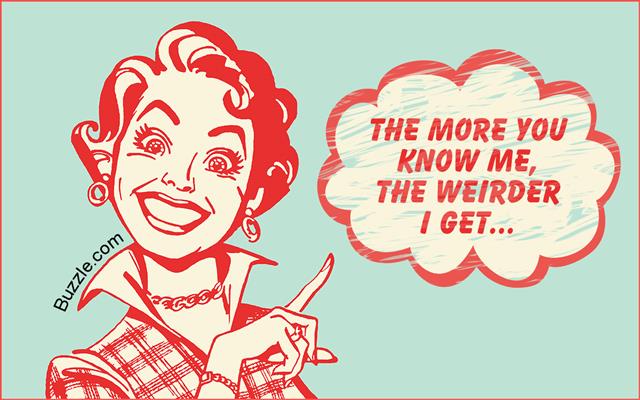 We are sure, you have seen at least some of these coworker types in office. Do let us know if you have met someone who belongs to a type other than those mentioned here.