Is SMS Marketing the Next Wireless Revolution in the Field?

SMS is an extremely cost-effective and a high-response-rate vehicle. It can help companies acquire and retain consumers, sell and promote products, drive loyalty, and reinforce branding efforts.

Home / Marketing Inspiration / Is SMS Marketing the Next Wireless Revolution in the Field?

SMS is an extremely cost-effective and a high-response-rate vehicle. It can help companies acquire and retain consumers, sell and promote products, drive loyalty, and reinforce branding efforts.

Communication plays a vital role in marketing. Until today, we have seen newspapers, magazines, television, radio, hoardings, and the Internet as the major marketing and communication tools. In addition to that, telecommunication has provided us with this powerful technology known to us as mobile phones.

Short Message Service is a service that enables short messages of generally no more than 140-160 characters in length, to be transmitted and sent from a cell phone. SMS was initially introduced in the GSM system, but later, all other digital-based mobile communication systems started using this service. Unlike paging, but similar to email, short messages are forwarded and saved at the SMS centers, which means you can retrieve your messages later if you are not immediately available to receive them. If a phone is powered off or out of coverage, messages are stored in the network and are delivered at the next possible opportunity.

Mobile marketing is highly personalized, interactive, and has an immediate impact.

1. It is instant, direct, and fast.
2. It is a 2-way communication tool.
3. It is also effective for email marketing.
4. It is cost-effective.
5. It can easily be promoted through cross-media like radio, TV, or print.
6. It can be used for mass marketing.
7. It can be used to target markets, like professionals, old/young people, students, etc.

1. The study revealed outstanding results for some of the best performing campaigns. Of the 100% people that received the texts: 46% responded (in some way), 27% replied, 19% visited a web site, and 15% visited a store.

2. 94% of the messages were ‘read’, which explains the high levels of response.

3. The average campaign delivers 15% responses (of any type), which is more than twice the average of what other industries have reported for direct mail (sources: Gartner, DMIS).

Who is the Tool Most Suited For?

Case: McDonald’s tried SMS marketing by project “e-street”. The project signed up 2,500 mobile phone-users in the town of Lulea, Sweden, to receive SMS messages of special offers from 150 local organizations. After the volunteers were sent an SMS for a McDonald’s burger offer, 25 per cent of the targeted users took up the offer.

Every marketing technique is bound to follow some code of conduct. Slowly, SMS marketing is also being bound by law, so as to stop hassles caused by bulk messaging to consumers. Marketers will no longer be allowed to send unsolicited messages to mobiles under the current code of conduct.

Marketing Federation of Southern Africa (MFSA) with service providers has launched a new web site to curb the abuse of this direct marketing tool stating that, “Companies cannot send a commercial SMS unless the recipient has requested the SMS, or has a prior commercial relationship with the company.” Marketing association’s around the world have developed similar codes of conduct.

Every invention provides us with infinite possibilities; it is our actions that decide how that invention will shape our society. This tool is a boon for marketers if used ethically and in a responsible manner, but exploiting it may result in bans, bad reputation, and criticism. 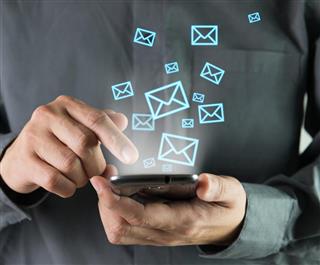 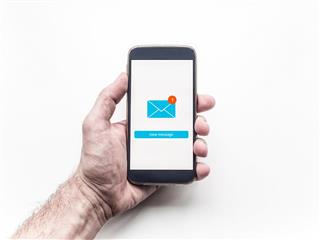 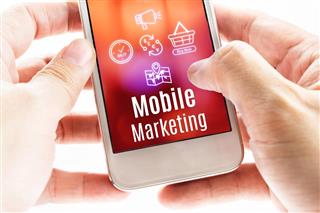