What is Blake and Mouton’s Managerial Grid? A Detailed Overview

Blake and Mouton's managerial grid is a leadership model that is one of the best ways of understanding different management styles. This Workspirited post elaborates more about this model.

Home / Job Market / What is Blake and Mouton’s Managerial Grid? A Detailed Overview 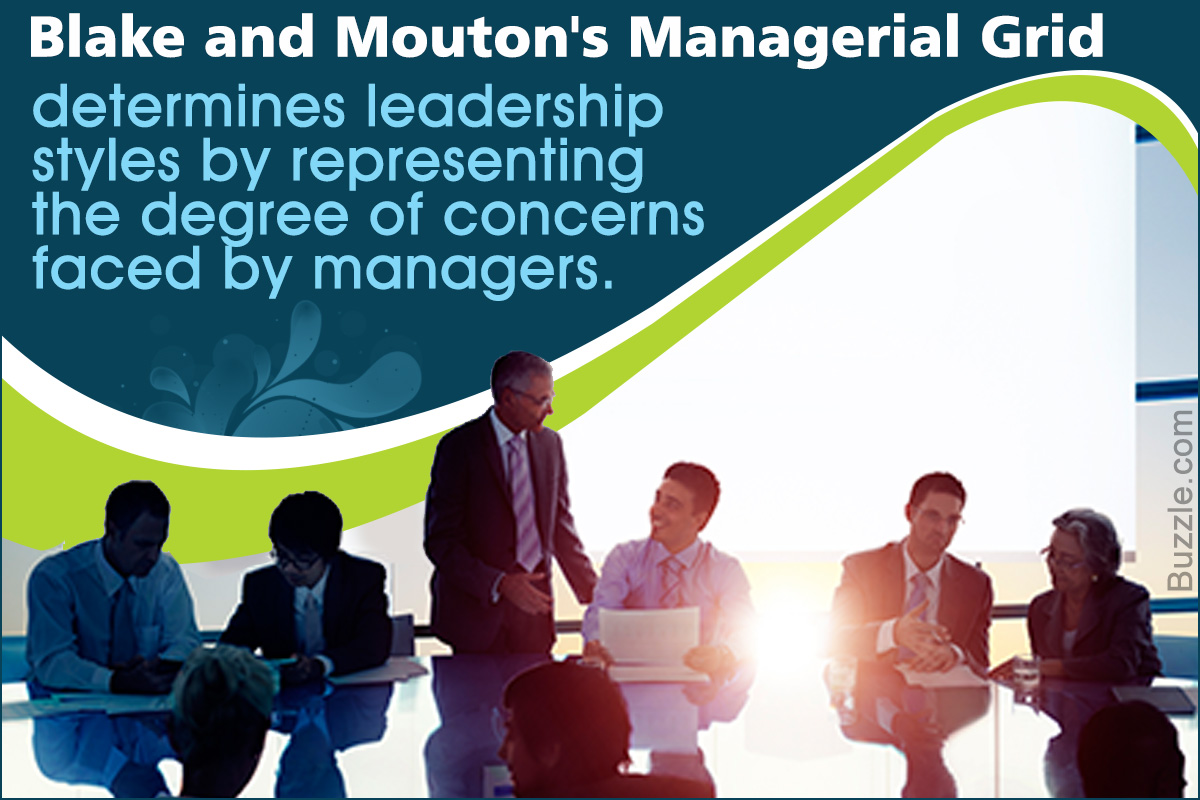 Blake and Mouton’s managerial grid is a leadership model that is one of the best ways of understanding different management styles. This Workspirited post elaborates more about this model.

“Leadership is the art of getting someone else to do something you want done because he wants to do it.”
~ Dwight D. Eisenhower

When a task is assigned to you as a manager, how do you get it done? Do you simply divide the work and assign the tasks to your subordinates without considering their needs or requirements, or do you think about them first before assigning the tasks? Do you look to manage your time and that of your employees efficiently, or are you one of those people who tend to procrastinate and keep their work pending till the wee hours? The answers to these questions can tell you a lot about your style of leadership. Every manager works under a set of assumptions which he believes will achieve the best results. However, are these assumptions or beliefs in sync with human motivation?

Understanding the different styles of management helps a manager in not only understanding his assumptions, but also in breaking away from his set of assumptions in situations that require him to do so. One way of understanding effective managerial behavior is by the use of the Blake and Mouton’s managerial grid. Developed by US psychologists Robert R. Blake and Jane Mouton, and first published in 1964, the two-dimensional managerial grid predicts five core and prevalent leadership approaches or styles. These are described on two parameters: concern for people and concern for production. Here is a detailed overview of the managerial grid and the different types of managerial styles developed by Blake and Mouton. 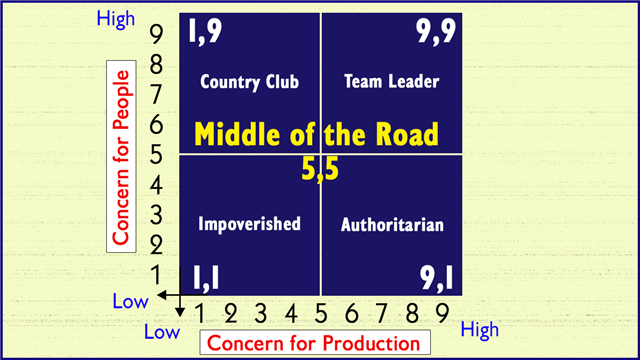 Blake and Mouton’s managerial grid is based on two behavioral patterns of the manager. are described below.

Concern for People: This is the extent to which a leader is concerned about the well-being of his employees. If the needs and interests of the team members are considered, and steps are taken to advance their personal development, the leader is said to be high on the concern for people. On the grid, ‘concern for people’ is plotted on the y-axis. Each axis ranges from 1 (Low) to 9 (High).

Concern for Production: The ‘concern for production’ behavior pattern is plotted along the x-axis. This takes into consideration the importance that a leader places on productivity goals. The emphasis here is on achieving organizational goals and high productivity at any cost.

On the grid, each leadership style is defined by two separate numbers separated by a comma. This indicates the production concern by the manager and the concern for the people. Based on where the numbers are positioned on the grid, the management styles are defined as:

A lack of contribution or commitment to the job is the hallmark of this managerial style. The manager does the bare minimum that is required of him, and takes no effort in recognizing or doing anything for his team members. In short, the manager not only expects less from his employees but also gives very little. Here are some important characteristics of an impoverished leader.

An authoritarian leader is one who stresses on production, rather than addressing employee needs. The task-oriented manager coerces, threatens with punishment, controls, and directs his subordinates to do as he wants. The subordinates are expected to follow without asking any questions. For the manager, it is productivity that matters the most, and failure to achieve this is not an option. Some of the characteristics of produce-or-perish management are described below.

The complete opposite of an authoritarian manager, country club managers use rewards as a medium to help employees achieve their goals. In the process of pleasing their subordinates, the managers fail to employ proper disciplinary measures, which results in production being hampered. This collegial management style is, therefore, characterized by low production and high people orientation. The main characteristics of this leadership style can be described as:

This style is a balance of both people and production concerns. Although this might seem like the ideal leadership style, it often does not lead to high production. The middle-of-the-road managers focus on average performance and production, and that is what they achieve. Some of the characteristics of these managers are described below.

Probably, the best type of management, wherein the leader aims to foster a good team environment, where each team member is motivated to do their best and achieve the best results. Employees are encouraged and motivated to reach their goals. The team leader combines the best of both―people and production.

The Blake and Mouton’s managerial grid has been criticized for not accommodating different types of workers, like factory workers. The ideal management type may not apply to all organizations. Moreover, there are times where one management style is the need of the hour. For example, when the company is going through a phase of economic difficulties, a more authoritarian approach to achieve high production and efficiency is required.

Despite its shortcomings, this leadership grid continues to be one of the most prominent ways for understanding the major management styles. By deciphering their style of management, managers can focus on key areas for improvement, and develop their leadership skills accordingly.