Ratting Out a Coworker – Keep These Things in Mind

It can be tempting to police your coworkers, but that's probably not your job. Unless the offense is a crime or directly impacts you or your work, it's better to either stay mum or just talk to the coworker-except when your boss needs to know. 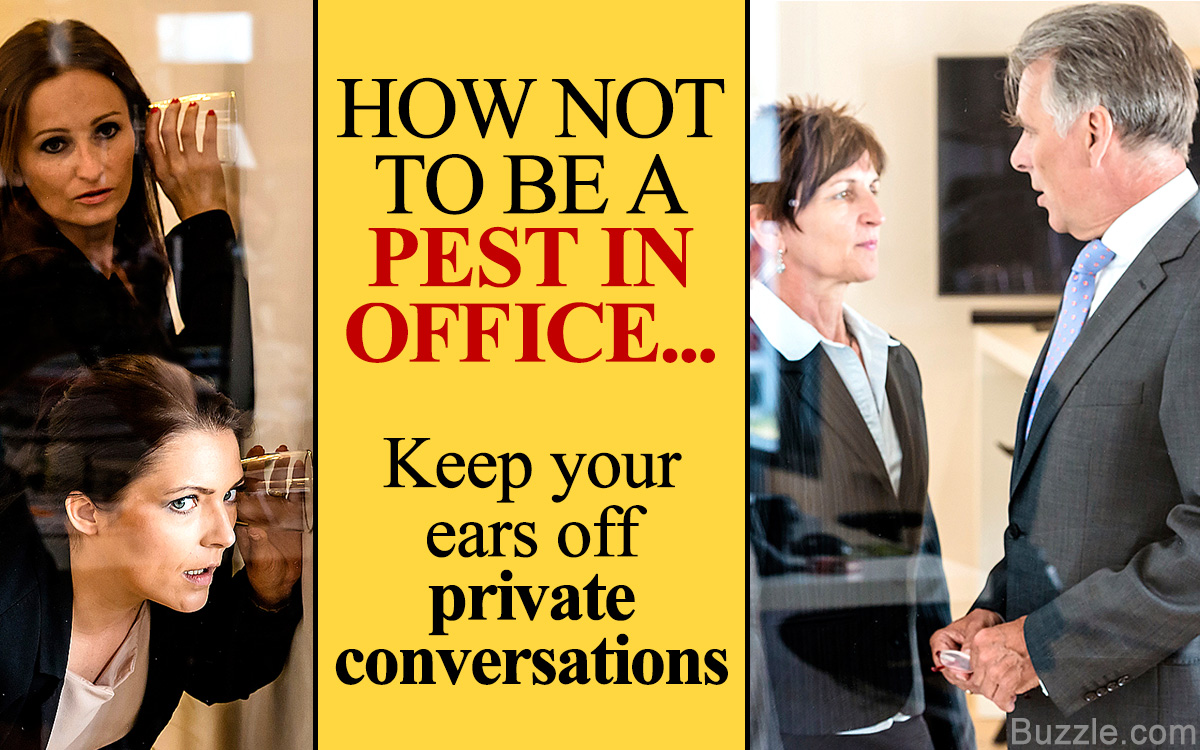 It can be tempting to police your coworkers, but that’s probably not your job. Unless the offense is a crime or directly impacts you or your work, it’s better to either stay mum or just talk to the coworker-except when your boss needs to know.

Hopefully, you get along with the people at your workplace. You might even be friends. But every so often, someone’s behavior will irk you, and you might consider running to the boss.

If you do, you might gain a reputation as an untrustworthy tattletale-if you don’t, you allow bad behavior to go unchecked. It can feel like a no-win situation. So, how can you tell when a situation warrants a talk with the boss? It’s a tricky line to walk.

A Guide to Handling Awkward Situations in Office

Most jobs have both, their busy days and slow days. But, if you notice a coworker consistently using company time to check Facebook, browse the Internet, or shop online, consider mentioning something directly to him.

He may not be aware that his slacking is so obvious, and may make an effort to step up his game, and get some actual work done. If not, don’t worry about it-if you’ve noticed, chances are that the higher-ups have also noticed the lack of results coming from that corner.

Besides, it’s not your job to be the office monitor. The exception, of course, is if you two are working on a project together, and the slacker isn’t pulling his weight. If talking to him isn’t fixing it, copying your boss on an email addressing the issue, ought to do it.

Has your coworker confided in you that his job search is going well? Has he bragged about how hard he’s being headhunted by Company X, and just holding out for a better deal?

It can be tempting to go to the boss and give her a head’s up that she’s about to lose an employee, but that might not always be wise. Maybe, your coworker is just telling tales to make himself look better, and has zero intention of leaving the job.

If you tell the boss, it could put his job in jeopardy, or at least call his loyalty into question. And if your coworker is truly professional, he will give plenty of notice, and work to help fill his position and make the transition as smooth as possible.

If you have any reason to doubt this, and this could potentially cause major issues, go ahead and tell your boss. But, make it sound like you’re just reporting a rumor, giving your coworker the chance to deny things if it isn’t true.

Say you notice a coworker getting extra flirty at happy hours, or you see her making out with a guy that looks nothing like her husband. Leave this one alone. It’s none of your boss’ business what she does in her free time.

And frankly, her affair is none of your business either. Don’t even mention it to her, because she may feel guilty, and it will create a very uncomfortable office dynamic. Do not mention it to anyone in the office at all. Pretend you saw nothing. For all you know, she’s not ‘cheating’.

Various forms of non-monogamy have become quite common, and she and her husband may very well date outside the marriage with each other’s full permission. If you interfere, you just look like an uptight busybody.

The only exception would be if you see her doing something that would hurt her professional reputation. Then it would be prudent to say something to her, but not in a judgey, shamey way-couch it in terms of looking out for her, and allow her to make her own decision.

If you know for a fact that a coworker is engaging in a crime, it is usually a reportable situation. If it’s work-related, like theft or embezzling, report it to your boss first, because there might be rules about handling that sort of thing.

For example, they may want to gather evidence before calling in the police, to ensure an airtight case. If the crime is outside work, you have a duty to go directly to the police-but there’s a bit of leeway here.

You don’t necessarily have to call the cops when you see a coworker smoking pot on a Saturday night-if your workplace is drug-free, relax, and let the random drug test catch him. If you see him get into a fight at a bar, it’s best to remove him from the situation if you can. If you see him mug somebody, you call the police. See the difference?

You don’t really have any duty toward your coworker one way or another outside business hours, but chances are, you guys are friends, at least a little bit, so it’s nice to show some compassion. But if the crime is serious enough to bother you, go ahead and report it.

There’s a thin line that separates concern from propriety, and we’d definitely wouldn’t like to cross that, especially at the workplace. So, the next time you encounter a wrong-doing, allow your instinct to guide you about reporting it to the boss.