A prosecutor is one who represents a client in criminal and civil legal proceedings. The average annual salary of a prosecutor is around $130,000, though there are other aspects that can determine it too. 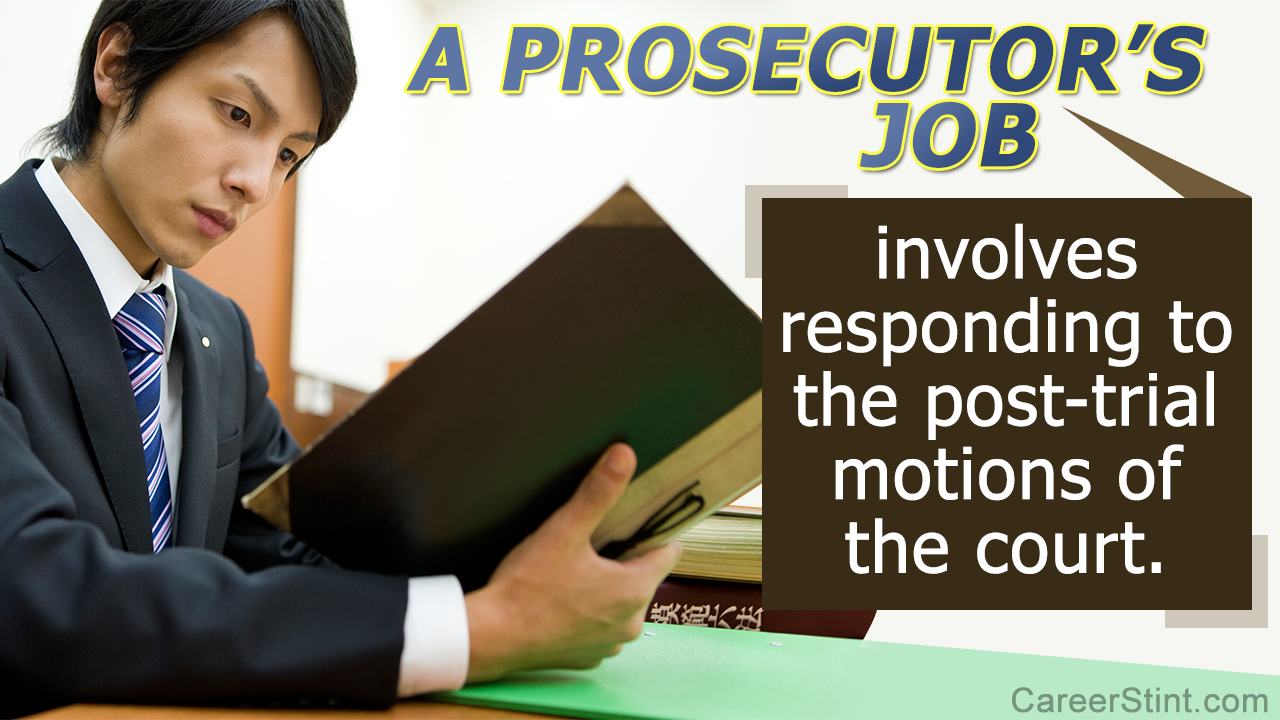 A prosecutor is one who represents a client in criminal and civil legal proceedings. The average annual salary of a prosecutor is around $130,000, though there are other aspects that can determine it too.

A prosecutor is an attorney who is responsible for making sure that an accused gets an appropriate punishment or sentence for a crime that he or she has committed. In simple terms, his main task entails convincing the judge/jury about the suspect being guilty of performing the crime. Generally, these law professionals are employed in facilities of the federal, state or national government. There are about 575,000 prosecutors working in various industries in United States alone.

According to the Occupational Employment Statistics, in 2011, the annual mean wage of a prosecutor was $130,490, or $62.74 hourly. A prosecutor’s salary varies depending upon various factors, like work experience, and state and city of employment. The type of employment also plays a major role in determining the salary range. Obviously, it increases considerably with promotions. A public prosecutor can be promoted to a deputy director, then a director, deputy national director, and so on.

A prosecutor’s salary is highest in the state of California, with the annual mean wage being $156,570, and the hourly wage being $75.27. Here’s a table that gives the salary details in a few areas.

Also, the salary may vary depending upon the industry type. Those prosecutors employed in local government bodies or in the state government have varying pays.

All data is for OES designation

A prosecutor is someone who represents that state and conducts criminal proceedings. The other responsibilities of a prosecutor are:

However, the responsibilities may vary depending upon the type of industry he is employed in. Prosecutors who are employed in a District Attorney’s office have to work on criminal cases. They represent the government in such proceedings. Cases related to domestic violence, homicides, and sex crimes are also handled by the lawyers in DA’s office.

The lawyers appointed as Federal Prosecutors have to deal with cases relating to drugs, economic crimes, etc. They represent the federal government in the court. Many federal lawyers also work as Assistant United States Attorneys, who hold the responsibility of presenting facts to the court related to the case.

If you are planning to become a prosecutor, you will have to possess a bachelor’s degree from a reputed college, and then spend four years in learning law from a distinguished law school. In addition to this, you have to successfully pass a bar exam in order to start your practice.