The salary of a news anchor depends on various criteria such as level of experience, type of employer, and mostly, the reputation and demand of the professional. 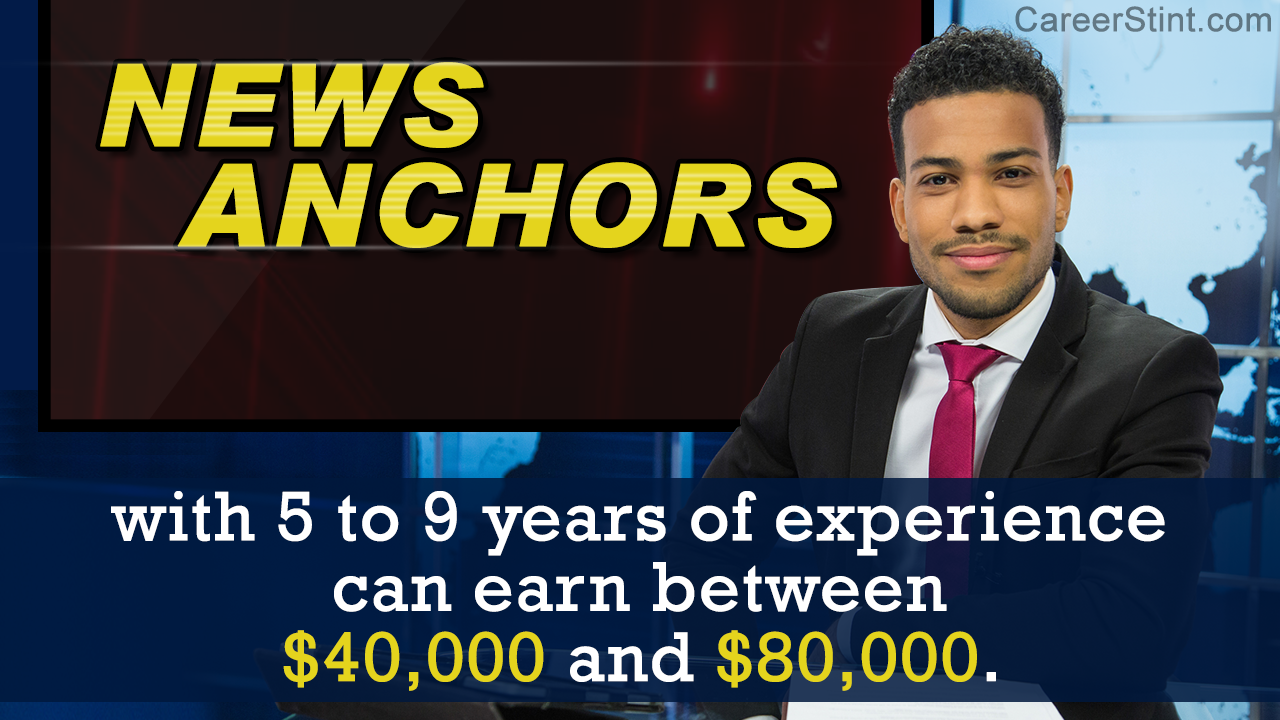 The salary of a news anchor depends on various criteria such as level of experience, type of employer, and mostly, the reputation and demand of the professional.

A news anchor, also referred to as an anchorman or anchorwoman, is a professional who presents the news on TV or radio media platforms. This career is considered to be one of the most satisfactory, due to the public attention involved. In order to become a news anchor, you mandatorily need to be adept in communication skills; both verbal and written. You are also required to have a keen sense of understanding, logical thinking capabilities, decision-making skills, and ways of expression. The reputation and goodwill of a TV news presenter matters a lot as far as the salary is concerned. More the demand and scope of the professional, more salary he/she can expect.

A presenter liked very much by the viewers would certainly be able to demand a higher salary owing to his/her popularity. Also, a local news anchor’s salary would be less as compared to one involved in international news.

Disclaimer: This CareerStint article is for informative purposes only. Salaries mentioned are just for reference purposes to act as a guide, and vary as per experience, organization, and popularity.