Leadership can be authoritarian, participative, and delegative is style. This article talks about the different kinds of leadership styles, along with a few examples.

Leadership can be authoritarian, participative, and delegative is style. This article talks about the different kinds of leadership styles, along with a few examples.

The task of the leader is to get his people from where they are to where they have not been.
―Henry Kissinger

A leader is a person who motivates and guides his subordinates, so that they perform to the best of their abilities, to achieve a given set of goals. All leaders have their own way of getting things done by the people working under them. These ways are referred to as the different leadership styles, in business language. Some leaders prefer that their team members merely follow and do what they have planned for them, while others believe in the theory ‘Two brains are better than one’, and seek inputs from their entire team before taking important decisions. To make the different styles clearer, here is each of them explained, along with examples.

An autocratic leader is the one who believes in taking all the important decisions himself. It is the leader who decides how the work has to be done and by whom. Once the decision has been made, there is no scope of any change. The subordinates simply carry on with the work assigned to them. They are not allowed to give any input regarding how they should do their work or conduct daily activities. Every detail is pre-decided by the leader himself. In case some changes in the work schedule have to be made, they are made by the leader without consulting anyone else.

The autocratic leadership style works well if the leader is competent and knowledgeable enough to decide about each and everything. Authoritative is considered one of the most effective leadership styles in case there is some emergency and quick decisions need to be taken. If there is no time left for discussion or weighing various options, then this type of leadership gives the best results.

Such examples can be found in the real world in people like Bill Gates and John F. Kennedy. Bill Gates followed the authoritarian style and steered Microsoft towards unbelievable success. According to him, he had a vision when he took the reins of the company, and then used all the resources available to make that vision a reality. His success can be judged from the way the personal computer industry has advanced today.

The participative leadership style involves the leader taking into consideration the opinions of some of his employees before arriving at a final decision. This style earns the leader immense respect and loyalty among his subordinates, as they feel that their opinions matter too. This leadership style is useful for the leader, as he gets to see a given situation from all directions, before deciding on the final course of action. It works really well in situations when the leader does not know everything, and he relies on his subordinates’ knowledge for taking decisions. The biggest advantage of this style is that, it helps in ascertaining and identifying future leaders among the subordinates. Also, it keeps a team’s spirit and morale high, as the team members feel that their opinions are valued by their leader.

Here’s an example. An advertising manager approaches his team members on how to promote a particular product of a company. The team members brainstorm over the issue, some suggest print media, while others suggest direct mails to the prospective clients. The participative leader takes all these suggestions, weighs their pros and cons, and then takes the final decision after considering his team members’ opinions.

A delegative leadership style is very rarely followed in modern organizations today. This gives full freedom to the subordinates while decision-making or doing the tasks at hand, in any given manner they find suitable. This leadership style is mostly followed when the leader places immense faith in each and every member of his team, and is sure that the team members are capable enough to run things themselves. This style of leadership should however be used very wisely, because, if the team members lack decision-making or analyzing skills, it can backfire very badly.

Example. A manager has newly joined a firm. He is still learning how various things function in the organization. In such a situation, he relies on the suggestions and opinions of his team members, and lets them do the things the way they are used to, till the time he is able to gain sufficient knowledge and can suggest some more feasible changes.

A true, successful leader is the one who makes use of each of these styles, depending upon the demands of the situation. 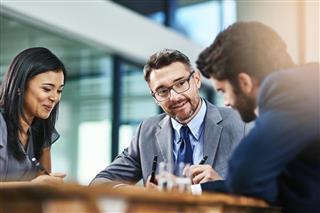 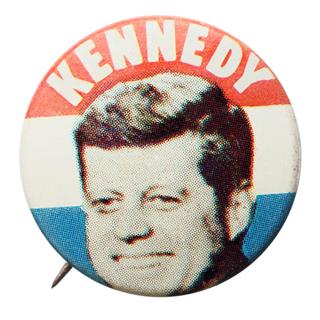