The Effectiveness of Billboard Advertising is More Than Meets the Eye

The term 'billboard advertising' relates to the usage of signs along the waysides for the purpose of advertising and promoting a range of products and services. 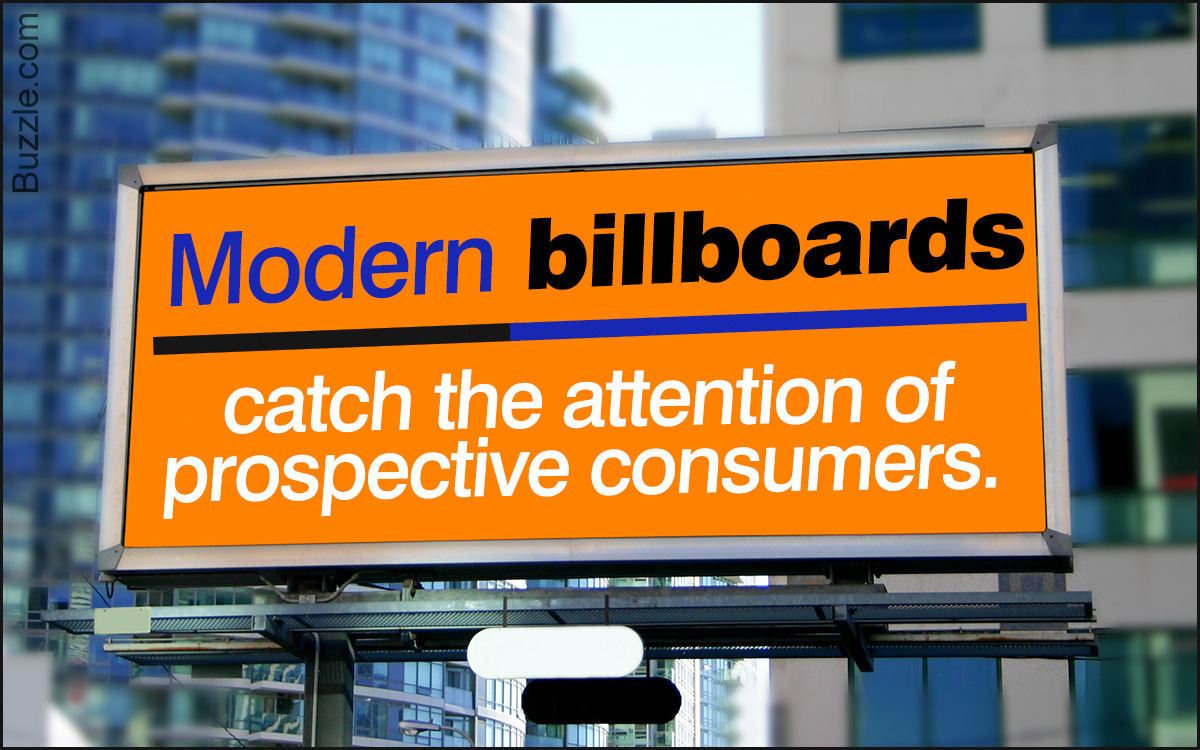 The term ‘billboard advertising’ relates to the usage of signs along the waysides for the purpose of advertising and promoting a range of products and services.

The precursor…
…of modern billboard advertising in America, was the brushless shaving cream manufacturer Burma Shave, in the 1920s.

Many people have a misconception that due to the emergence of several other advertising techniques in the market, the effectiveness of billboard advertising has lessened. However, such a strategy has certainly proven to be beneficial for several businesses around the globe. Although a majority of advertisers employ electronic and other kinds of advertising and marketing strategies, billboard advertising continues to be an effective method of reaching out to the consumers. Since these advertisements can be viewed by the consumers at any point of time, this type of advertising works very efficaciously in conjunction with other advertisement alternatives.

The principal aspects of its effectiveness are cost saving and greater market coverage. Billboards are surely an efficient method to publicize products and services anywhere and anytime. Technological furtherance has also played a major role in supporting its cost-effectiveness. In earlier days, billboards were generally painted by hand, and this was a high-priced and time-consuming undertaking. However, with today’s cutting-edge computer technology, they can now be designed with the aid of computers and printed on vinyl paper, and then fixed onto the backcloth. The end result is a superordinate advertisement in very less time and also at an affordable price.

The expenses of setting up a billboard can range anywhere from $1,000 to $3,000 per month. Accordingly, if you opt for putting up 10 ads a month, the price would go up to approximately $30,000. This sounds like a lot of money, but you also need to consider the fact that a full-page ad on any major newspaper for just one day will cost you the same amount, with lesser coverage. Thus, making it less effective than billboards.

The wide coverage of this type of advertising is unquestionable. Generally, these boards are on display for about two-three months. This indicates that it reaches a larger audience for a longer period of time.

Billboards are the best way to keep the viewers informed about one’s products. Also, if the brands are new entrants in the market, it is always feasible to post ads via billboards due to their cost-effectiveness. Most of the companies try to keep the consumers updated about their products with effective outdoor advertising.

Attention span of humans is approximately 8 seconds. The advertisers have to make optimum use of these 8 seconds to get the message across to the audience about their product. As television ads air for about 10-30 seconds, there are less chances of viewers paying attention to the product. This is where billboards come into the picture. With a maximum word count of 6-10 words, the viewers are sure to pay attention to the message the advertiser wants to put across, even when they are in a fast-moving car.

There have been considerable debate on whether modern, digital billboards are helpful at all? LED billboards have the advantage of changing the displayed ads in a few seconds. This means that more ads can be displayed, thus increasing the viewership. However, there is a flip side to the story. With the non-static nature of the ads, they prove to be a distraction to the motorists. The advertisers use bright backlit boards to grab the attention of the readers. Sometimes, these lights are so bright that the drivers can be blinded for a few seconds, eventually leading to accidents. If the boards are placed at the road turnings, then the risk of accidents increases. The LED billboards are here to stay, but considering these points, the problems caused by them need to be reduced.

The usage of this strategy has been in existence for some decades now. Before automobiles came into existence, primitive models of billboards were occasionally used to inform people traveling on foot, horseback, or by carriage that an inn could be found nearby. Along with the name of the inn and its distance from the nearby town or city, the billboard sometimes listed a few of the amenities like clean beds, good food, and the availability of facilities to house the carriage or stable the horse. During the 20th century, the increasing use of vehicles rapidly resulted in companies employing billboard advertising to air a broad range of goods and services.

Various towns and metropolises used these ads to attract travelers to stop for a considerable period of time and interest them into some sightseeing before they move ahead with their journey. Wayside eating houses employed billboards to publicize hot meals at competitive rates. Their effectiveness resulted in developing a completely new branch of the advertising industry, since customers required newer and more appealing advertisements, which could catch their eye and induce them to halt and spend money for services provided.

Painted boards, also known as painted bulletins, are covered with an outdoor paint which is resistant to weather. Some outdoor paints are specially made to withstand fading. Advertising on these type of billboards is typically good only for a month or two. After that, in spite of the special paint, these boards tend to fade and, thus lose out on the appeal.

Poster billboards are also utilized for outdoor advertising. They are impressed on 8 to 30 sheets of heavy paper, according to the size. These also last just for about a month, depending on weather conditions, after which it is best to remove them.

Vinyl boards are one of the latest methods of billboard advertising. They have attractive color, durable life, and really fine graphics and artwork. They have a brighter appearance, and look much better than conventional billboards. They are usually sprayed with an UV protective coat and can last for years. There is a possibility of damage from wind, since they are not stuck to the surface, instead are attached to the edges. But of all types, vinyl ones contribute largely to advertising effectiveness.

LED billboards are from the newer lot of outdoor advertising tools. The bright backlight and use of different colors grab instant attention of the onlookers. The ads that are displayed are of high quality, as they are generally computer prints. Also, with the addition of animation and other visual effects, the ads are becoming more interactive. The advantage for the advertiser is that he can change the ad whenever he wishes to and with minimum efforts.

Scrolling ads are also a good way of putting the word across. If the advertiser pays for the entire board, he has the advantage of displaying about 10-30 ads on the same billboard!

Modern billboards catch the attention of prospective consumers like no other type of advertising can. When it comes to cost-effectiveness and saving, billboards are prominent alternatives that are considered by most businesses. They create brand awareness among the passers-by. This is due to the colorful, innovative, and catchy product and service advertisements which are likely to have a more positive impact on the minds of people. Billboard advertisements reach to a wide area, and to thousands of people each day.

There is no possibility of the advertisements to be lost in a mix of market contenders and editorials where LED boards are concerned. The sales information and messages are passed on ceaselessly and frequently. This helps prospective consumers to find and reach the location of the business.

Outdoor publicizing is speedily gaining popularity. At present, businesses spend approximately $6 billion on outdoor advertising, which has certainly proven to be an effective technique of product and service promotions. This kind of advertising continues to be considered as a quality means of expressing an organization’s sales content and market its goods and services.