Famous Commercial Slogans That are Strikingly Witty and Promising

Slogans have always been an important part of advertising. For an overview of some of the famous commercial slogans, you must read on. 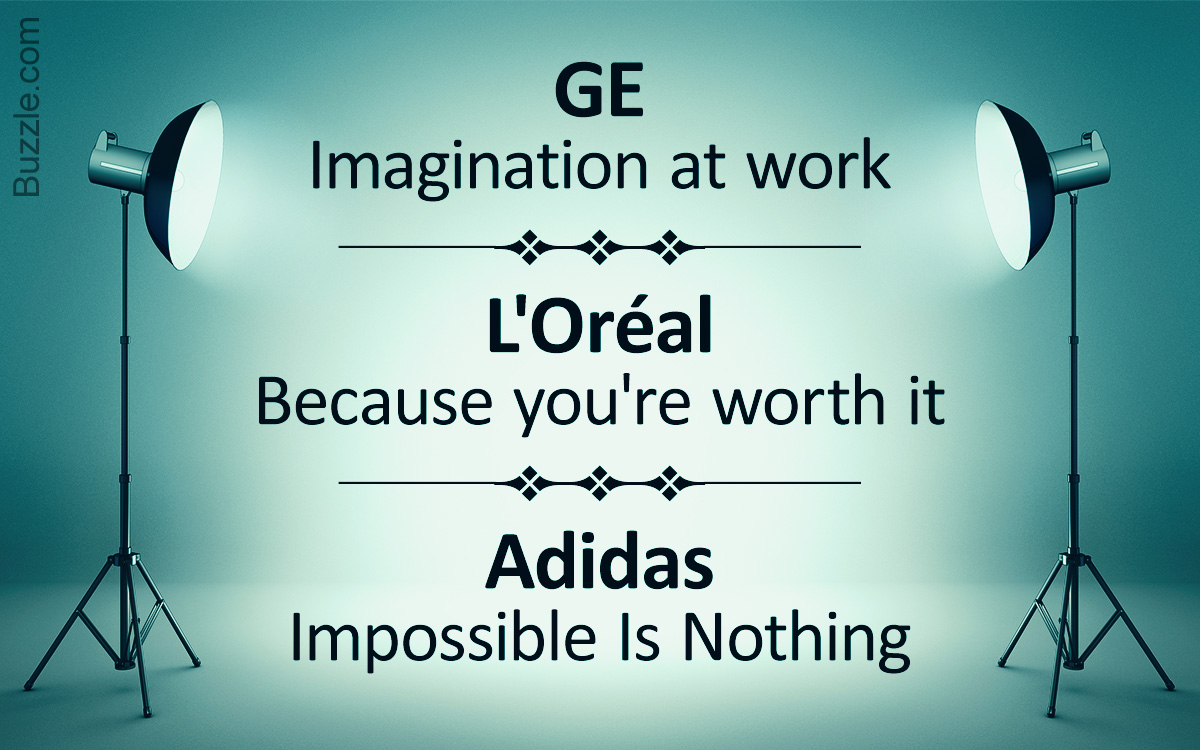 Slogans have always been an important part of advertising. For an overview of some of the famous commercial slogans, you must read on.

Slogans are crisp and catchy statements that are quick and effective in attracting the audiences. Advertisers have always been making a creative and intelligent use of slogans to promote their products and services. Slogans are short phrases used in advertising campaigns. They are often easy to memorize and are regarded as the most effective means of gaining mass appeal. Take a look at some of the popular commercial slogans.

Big names in business seek help from creative minds working in the advertising industry, so that they can have smart catch phrases for promoting their business. Here is a categorical list of the very famous commercial slogans by different companies around the world.

The world of technology and engineering has never escaped from advertising campaigns. To rise above the fierce business competition in the field, advertisers of many a multinationals have been coming up with creative slogans. Let us go through some of the famous ones.

Here is a list of slogans from the telecom world. Take a look!

The food and restaurant industry has always been at the forefront when it was about advertising. Look at some catchy slogans that the giants in this industry have used to get the food lovers drooling.

Take any of the famous commercial slogans. They are plain, simple words; but look at the magic they could create. Look at any of them. You will find, there was something about them that appealed to the masses, something that everyone could relate to. They said a lot about their product in just a few words. They made you say what they said and went on to become the most famous advertising slogans of their time.

Disclaimer : All slogans, products, company names, brand names, trademarks, and logos used in this article are the property of their respective owners. The image in this article is for representational purposes only.