Understanding the Work Culture in Singapore Prior to Moving Base

If you have found a job in Singapore or planning to get there soon for business or for pursuing your further education, then you surely need to know about the work culture in Singapore before you land in the place. 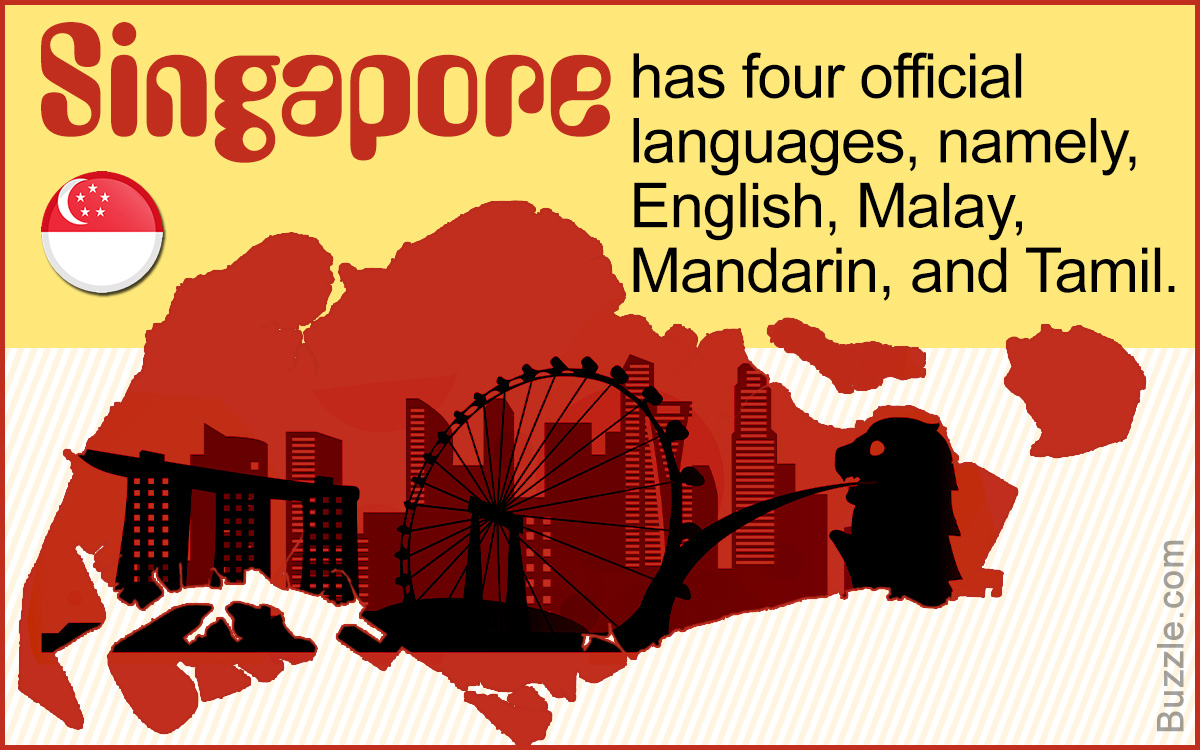 If you have found a job in Singapore or planning to get there soon for business or for pursuing your further education, then you surely need to know about the work culture in Singapore before you land in the place. 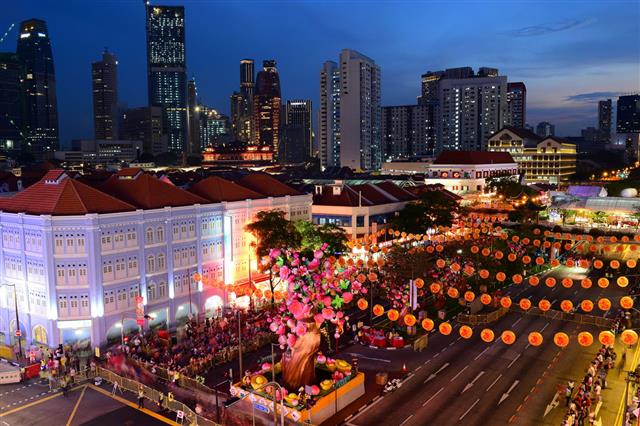 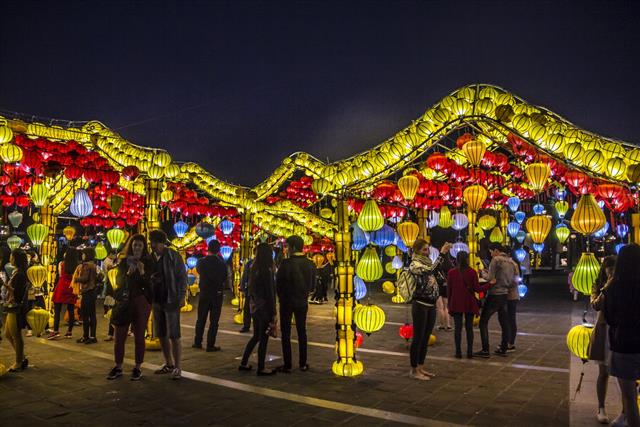 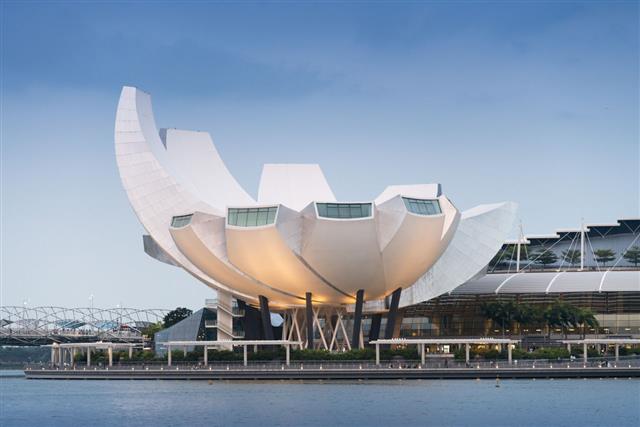 Singapore is considered to be one of the best places in the world to work. Expatriates from all over the globe are flocking to this international city-state today to work. This tiny region is one of the world’s freest economies. Singapore is also highly ranked when it comes to business competitiveness and economic growth, ranking well above countries like the United States. It also beats many western countries in areas like city infrastructure, technology, lifestyle, education, health care, safety, etc., due to which people around the planet want to work and settle there.

All countries have a different business culture. The history, traditions, past, geography, climate, society, economy and lifestyle affect and form a particular business culture. That is why, the way a business is managed differs so much from nation to nation and continent to continent. Singapore is believed to have a very efficient working population and no wonder they have some of the best companies like Singapore Airlines and Temasek. Let us see how different factors influence the work culture in Singapore.

Singapore gained a historical importance in trade and business because it is a massive port and we all know that cities that were ports have always been major centers for development, be it Dubai, Mumbai, Boston, Rio de Janeiro, Southampton, Hong Kong, Sydney and many more. Singapore is the busiest port in the world, considering the total shipping tonnage. The micro state was formerly occupied by the Japanese, Malay, Chinese, Portuguese, Dutch and the British. So now we know how many cultures have influenced the culture of Singapore.

After its independence from the British, Singapore attracted foreign direct investment on a large scale and over the years it grew as a trading and financial hub that it is now. It is also the fourth largest Forex trading center after London, New York and Tokyo. Furthermore, one needs to be well trained in the area of intercultural communication and cross-cultural management to be able to work in a different country.

Since a lot of Chinese, Indians (mainly from the southern peninsula), Malaysians and British have been settling in Singapore since a long time, the country has four official languages: Mandarin, Tamil, Malay and English. You will see a melange of all these cultures in Singapore. Working, the Singaporean way, is also the same! If you end up in a medium to large-scale organization or probably in a huge multinational, you might have a British or Chinese CEO, a Swiss or Dutch manager, a Korean or an Indian colleague and a Japanese business partner.

This is just an example given by my Malaysian friend working at a multinational bank in Singapore, but this is just how mixed your workplace could be. Intriguing or great enough? Well, I think it is simply awesome to work at a place like this. By and large, the work culture is a mix of Asian and Western influences. The government of Singapore allows various cultures to grow and foster together harmoniously.

The large multinationals and companies have a very western culture of operating whereas their smaller, local counterparts and government organizations have a more traditional Asian style of operating. They are very disciplined and strict when it comes to work and life in general. About 75 percent of them are of Chinese descent and so the Chinese work culture and values predominantly exist in the place.

Work culture in Singapore is of a high-power distance, which means there are clear authority structures and social status is defined by your position in the society and workplace. People at lower levels respect higher authorities. Respecting elders and seniors comes from Confucianism that still exists in the Chinese culture and Asian cultures. In such a hierarchical society or workplace, juniors do not openly question or argue with superiors. Using of surnames or titles while addressing is also important like in any other Asian country.

Collectivism prevails over individualism, i.e., people always work as a part of a group and this sense of group affiliation to a company, school, or family is quite important than a person’s individual status, unlike in a western country. In western societies, there is an emphasis on personal achievements, personal progress, self-determination and independence.

People strive for excellence by themselves and the one who shows such a capability is highly rewarded. But, in many Asian cultures, like in traditional Singaporean culture, group harmony and collective decision making is a part of the work culture. The collectivist culture is one where in people work together and share their rewards instead of striving for individual recognition.

Nevertheless, we can expect a western style competition and individualism at multinationals operating in Singapore. But a lot of business owners from western countries who visit Singapore for business deals and have meetings with owners of local and small Singaporean businesses, come across a huge difference and clearly see how collectivism still prevails in a modern society.

Singapore is famous for its strict rules. There are many signs that tell you what is not allowed and it’s hard to miss these signs. It can be very weird but you have to prepared for these rules.The work culture in Singapore is somewhat similar to that of China, Japan and Korea in some aspects. In many local and government organizations, there is an established way of working which is followed by all employees.

There are a set of rules for every situation and arguing is not common. In such organizations, bosses do not want you to show over enthusiasm and too many new ideas at work. But they would encourage you to work creatively in the set restrictions and boundaries as Singapore is trying to get more innovators than followers to improve itself in the current competitive market. Your family background and income is important. Along with your skills and performance, your credentials have value and it matters which university you graduated from and what degrees you have.

People normally talk less, do not speak loudly and rudely to each other, irrespective of their position. Communication is indirect, subtle and implicit and you would normally not see people losing temper. In local firms, there may also be more restrictions related to office behavior, work timings and other work related issues. In organizations that follow a western culture, all the above may not be true and there will be more openness and individuality.

Work culture in Singapore is quite flexible as regards to white collar jobs. They work 8-9 hours a day, 5 days a week. Professional jobs do not require you to work over time, but if it is so, you are paid 1.5 times the basic hourly rate. If you work on a normal off day or a holiday, you would be paid 2.5 times the basic hourly rate. Remember that the workforce of Singapore is ranked number one by the international surveys in terms of labor market, labor force and human resource and ranked second for its labor market efficiency.

At work, you would need to observe a bit and then interact with people because you need to be aware about their distinct customs and religions before doing so. So wait till you know, as Singaporeans, or rather a lot of East and South east Asians, take time to make friends and long term relationships. You would also need to know how to approach different people as many religions prevail – Buddhism, Islam and Hinduism being dominant with others, like Christianity, Taoism and Atheism.

Things change from organization to organization because Singapore has many industries. If you are not going to work at an organization that follows the western style of working, you will have to learn how to care for and show more respect to your elderly and experienced co-workers, even if you are going to be their boss.

Making appointments well in advance is extremely important. Be punctual at meetings and other functions. You should be well prepared for your meetings with detailed presentations, along with charts, updated figures and slides. Expect the same organized behavior from your managers. Again, remember to be subtle and not aggressive in your presentation, especially if you are trying to make a deal or a negotiation. Do not speak or answer quickly, as it shows you do not think much.

If you are the one listening to the presentation then do not question directly but encourage your audience to talk. Do not criticize openly. Always give the nonverbal communication a priority. Small informal meetings are common before real business discussions. If you are not happy with a deal or want changes from the opposite party, you need to have a detailed discussion later on. If disagreements are conveyed too fast, openly and loudly, it may be considered arrogant, although you may feel good that you have spoken things ‘clearly’, like in your home country.

In negotiations and in many other aspects, there are many similarities between the business culture in Singapore and China. Decisions are taken with a consensus and expect Singaporeans to be tough with price negotiations. Discipline, commitment and deadlines co-exist in this culture.

Most of the important aspects of the traditional work culture in Singapore are discussed above, but the younger generation is increasingly adopting the culture of Egalitarian societies. Some traditional aspects are changing slowly. A lot of organizations in Asian countries including Singapore are adopting the western and a very modern style of working.

To understand a culture, you need to be understanding and patient. You will have a lot to learn once you are in the Lion City. If you love being in an advanced country with different ethnicities, learning new cultures and mingling with all kinds of people without prejudices, then vibrant Singapore is the place to work and live in !