What is Retroactive Pay and How to Calculate it?

Retroactive pay is the remuneration that an employee should ideally receive for the work he has completed. This Workspirited article tries to explain the importance and meaning of retroactive pay and how to calculate it.

Home / Job Market / What is Retroactive Pay and How to Calculate it? 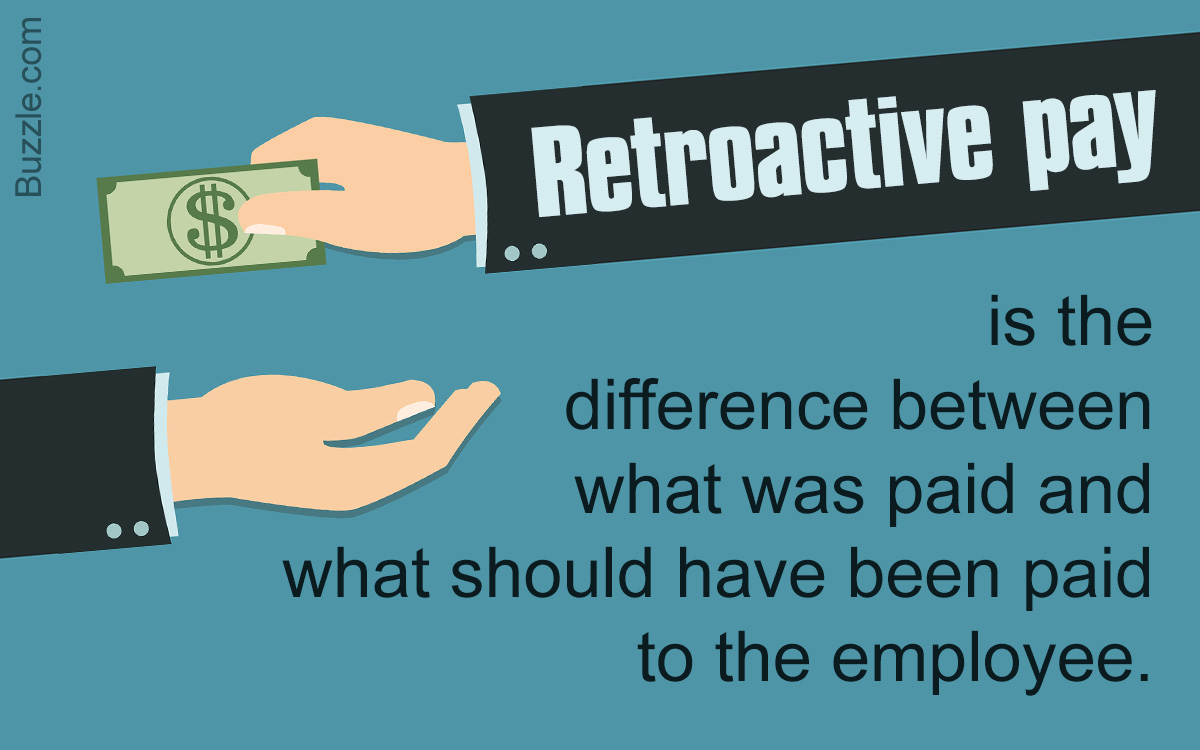 Retroactive pay is the remuneration that an employee should ideally receive for the work he has completed. This Workspirited article tries to explain the importance and meaning of retroactive pay and how to calculate it.

Please Remember:
Retroactive pay is not available in all jurisdictions. If you feel you are entitled to the same, first, you need to check your state laws, and then hire an employment lawyer who will help you draft your case.

An employer is supposed to ensure that his employees are paid exactly what is entitled to them, irrespective of pay hikes or labor negotiations. If an employee has performed the assigned work on schedule but has been paid lesser than what he should have been paid, he is technically entitled to retroactive pay.

The definition of retroactive pay specifies that it is the pay from the previous pay period that the employee must receive, for the work that he has done. Not all states, however, support laws related to this payment mode.

Through the following paragraphs, you will understand how to calculate retroactive pay so that you can claim for that amount if needed.

Figure out how much the employee actually received and how many hours he put in. He may have put in extra hours, but received pay for a lesser amount of time.

Determine the pay per hour (if he/she is being paid per hour). The compensation has to be paid on an hourly rate only.

Calculate how much the employee should have been paid, putting in his extra hours.

Subtract the amount the employee has received from the amount he should have received. This is the retroactive pay.