What is Advergaming All About Anyway? We’ll Tell You

Advergaming, which features in-game ads and sponsored video games, is an advertising and marketing concept that has been increasingly used by many companies to promote their products.

Home / Marketing 101 / What is Advergaming All About Anyway? We’ll Tell You 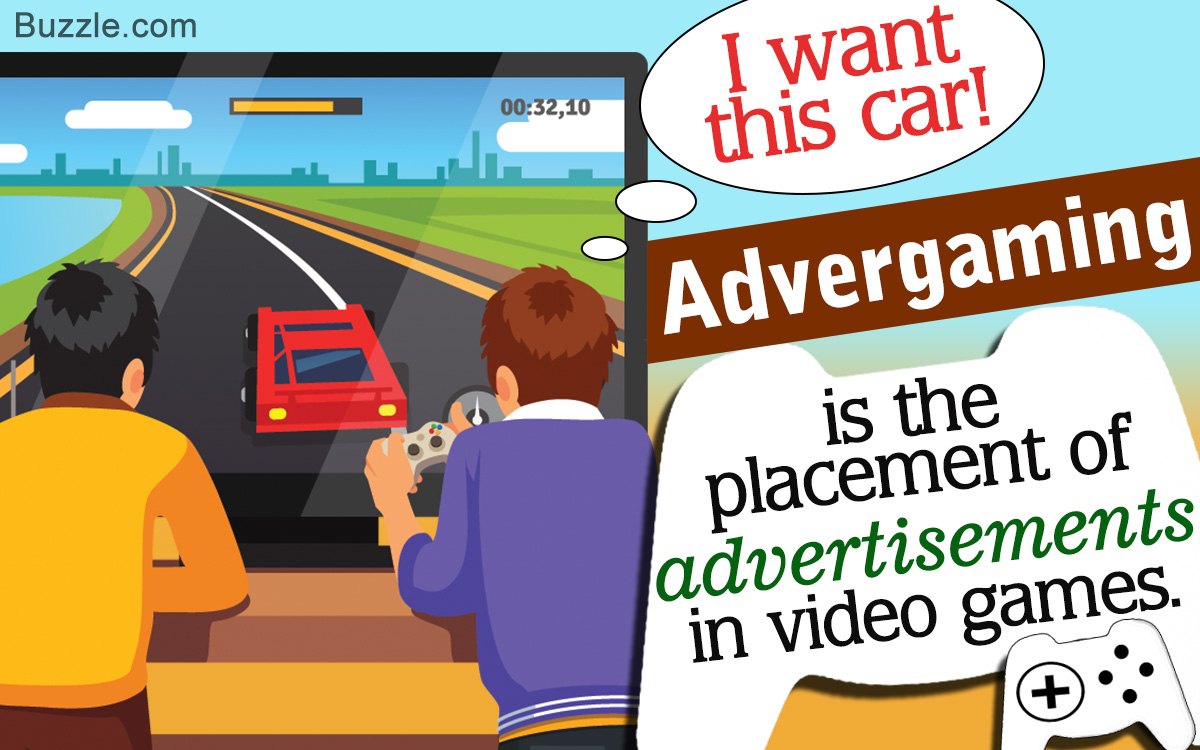 Advergaming, which features in-game ads and sponsored video games, is an advertising and marketing concept that has been increasingly used by many companies to promote their products.

It’s Child’s Play: Advergaming and the Online Marketing of Food to Children, a report released by the Kaiser Family Foundation found that eight out of the top ten food brands which target children through TV advertising, also use branded websites to market their products online.

Imagine, you are a fifteen-year-old and come across this cool new game while surfing the web, and start playing it. The game is fun and you get engrossed in it. Some irritating advertisements crop up along the way and keep distracting you, but you move on. Once the game is over, the one thing that you can recollect is the dumb ad that kept popping up.

The instance, mentioned above, is a great example of advergaming. For all those who are new to this marketing concept, advergaming is a great combination of advertising and video games. The term “advergames” was first used in the ‘Jargon Watch‘ column of Wired magazine.
It refers to electronic games that advertise a product, organization or brand. These video games, that are built around the brand or product, are accessible on the company’s website, on social media sites, or as downloadable content on computers as well as phones. The use of interactive gaming technology is used to pass on specific persuasive messages and simulate a consumption experience.

Sometimes the companies may sponsor a really popular game and have advertisements in the game. This is known as in-game advertising. So, while playing a popular racing car game you can see billboards of popular soft-drinks or snack foods. Although advergames have been around for a long time, in recent years you are flooded with a barrage of these video games because marketers have realized that these low-cost marketing tools can break the clutter and reach the consumer in a fun and engaging way.

The first known example of advergames or branded games goes as far back as, the 1980s. This is when the Atari 2600 video game console was at its peak and everyone, especially fast food manufacturers, was trying to cash in on the video game popularity.

It was a mail-order video game that was based on the mascot of the popular Kool-Aid beverage. It was released for the Atari 2600 in 1983. Using simple 2D graphics, the game featured thirsties who quenched their thirst from the pool. You needed to hit the thirsties drinking water (which was supposed to help in Kool-Aid quenching his thirst) and save the pool to clear the levels.

With time, technologically advanced advergames have been released. One of the most significant advergames to be released in recent years was by Burger King who developed games for Xbox and Xbox 360 consoles. Developed by Blitz Games in 2006, the three King Games includingPocketbike Racer, Sneak King and Big Bumpin’, became extremely popular, selling more than 3.2 million copies in America and Canada.

The Internet is flooded with different types of advergames that have been created to advertise all types of brands from fast food chains, soda companies, car companies, clothing, to recruitment in the military. Advergames are classified into three categories; associative, illustrative and demonstrative advergames. The type of advergame chosen is based on the brand image and the message that needs to be communicated.

Illustrative advergames are a form of sponsored promotion where the advertising messages, products or services are integrated in the games and feature during the game play. Most of the time the products are central to the game play for clear reinforcement of the brand message.

Example: In 2000, Need for Speed: Porsche Unleashed game was released. What makes it unique is that it is the only Need for Speed game to be made in collaboration with a single manufacturer and the game featured only Porsche cars. The game was an instant success as users loved the opportunity to race a Porsche and to top it all, the game featured in-depth historical and technical information about Porsche models from 1950 onwards, in the form of videos, pictures and text.

These games allow the user to use or experience the product in the stimulated, virtual confines of the video game.

Example: One of the most popular advergames that illustrates this is, Nike’s Nike Shox, a basketball advergame. The highlight of this game was, while engaging in the slam dunk contest, a player had the advantage of customizing his/her own Nike shoes.

The essential idea of associative advergames is to make the consumer associate the product with the lifestyle that is depicted in the game. This allows the company to direct the product message directly to the people who are likely to use it. The advertisements are often featured in the background and the user is not bombarded with messages of the products.

Example: Crazy Taxi, the popular Dreamcast game features a wide range of product placement in the game, from KFC, Pizza Hut to FILA and Levi’s.

Why are Advergames Popular?

The popularity of advergames is demonstrated by the fact that companies are willing to spend quite a lot in developing these games. This is because:

Boosting brand awareness is easier with advergames because they are fun, engaging and sometimes challenging. This helps in brand retention.

Advergames are perfect way to target the hard-to-reach, technology-savvy young market especially teenagers. Many of these gamers did not mind, and even liked the ads in the games.

It is not just teenagers. According to a study by IGN Entertainment, a unit of Fox Interactive Media, 144 million out of the 244 million online consumers are gamers. The new crop of gamers are not just men and children, but also women. According to research, an estimated 67% men and 62% women under 35 years, are avid online gamers.

Compared to traditional channels of marketing and advertising, like television and print media, games are a low cost marketing tool. Unlike half a million dollars which is needed to produce a 30-second commercial, a video game can be developed in $50,000.

Another advantage over traditional marketing media involves the viewing time. Unlike television commercials which last for 30 seconds, and print ads which may or may not get even that time, video games keep the consumer engrossed for 7 to 10 minutes at a time. Moreover, consumers can log in and play any time, thus helping in increasing the ad exposure time.

86% of users passed viral messages to another person which could account for the popularity of advergames. So, all that the advertiser has to do is create a great game, and viral marketing is sure to do the rest.

The tracking tools within the game, like knowing a user’s design or color preferences allows the manufacturers to understand market preferences.

Children Not Aware of Adverts:

Opposition to advergames, that are created by fast food companies and candy manufacturers to target children, is based on the fact that children younger than 15 do not recognize that advergames are advertisements. Since they persuade on a subconscious, emotional level, these adverts can change a child’s behavior.

High Salt Sugar and Fat (HSSF) product advertisements are banned in/around children’s TV programs. With advergames, advertisers try to break the loophole and get direct access to their target group. Lack of nutritional information and the pressure, prospective consumers face to purchase these products can lead to several moral issues.

No Declaration of Advertising Intent:

Regulations for traditional media demands that the informational content and advertising content need to be differentiated. This was not followed by a number of companies that had advergames on the internet.

Not all advergames are harnessed and utilized properly to send the message across. Even if the game is widely popular, people may not acknowledge or notice the billboard featuring the product in the background.

Despite their limitations, advergames are a great way to reach out to the audience. Advergaming is a win-win option for both advertisers who get their message across effectively, and consumers who have a fun and interactive way of knowing about new products.