If you're interested in web developing as a career and want to know what a web developer's salary is like, the following article will fill you in on all the necessary details and trends. 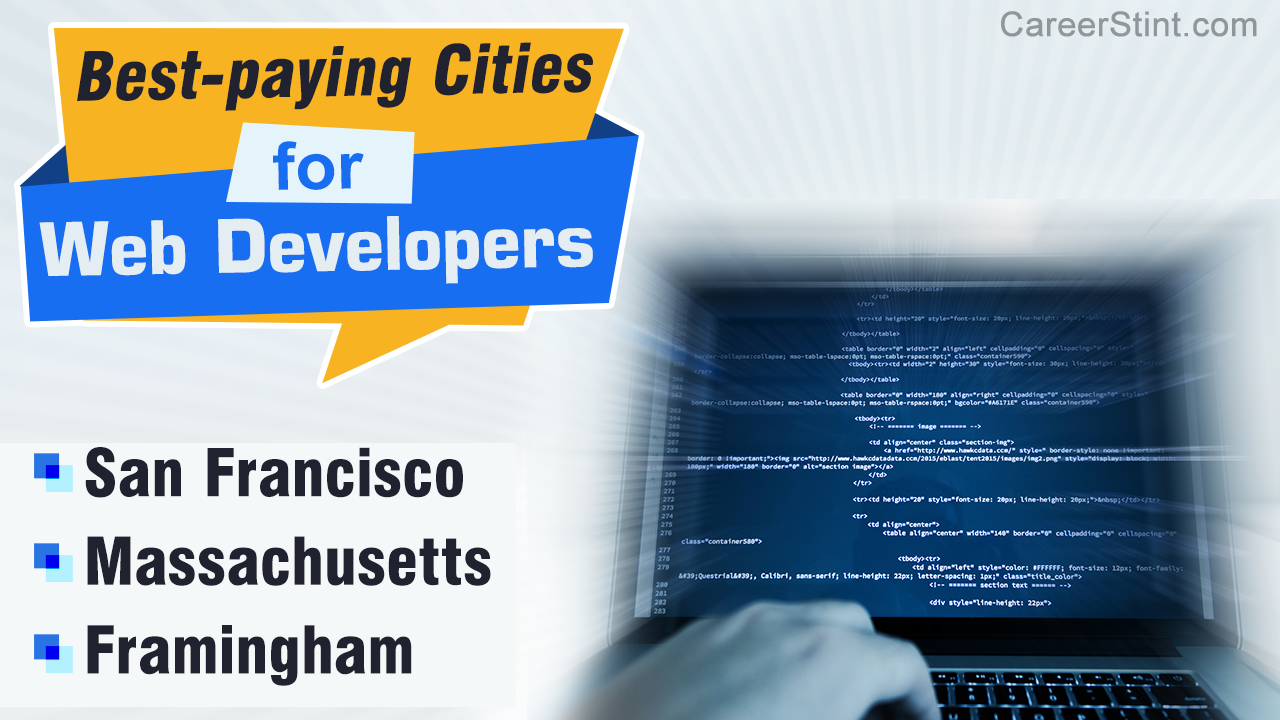 If you’re interested in web developing as a career and want to know what a web developer’s salary is like, the following article will fill you in on all the necessary details and trends.

The Bureau of Labor Statistics reported that web developers brought home an average annual salary of $62,500 in May 2012.

By the year 2022, a 20% increase in employment opportunities is expected.

Web developers are an integral part of the ‘world wide web’ world. They work like interior decorators in the way that they are responsible for developing and designing the website of their clients. For this task, it is essential that a web developer has the ability to be able to combine his genius at designing with technological advances so as to create the best product in the market. He therefore needs to be in touch with the upcoming technologies and keep gathering skills to further his career opportunities. A web designer earns quite handsomely too. The following article will let you in on a few things about the salary details.

* Note: • All figures are as of June 9, 2014 and are calculated in US Dollars.
• These figures are average annual salaries and may vary based on the qualification, experience, location, type of employer, and so on.

According to The Bureau of Labor Statistics, the median annual salaries for web developers was $62,500 (as of May 2012). This figure is the average sum of wages earned by these technicians where some have been earning a higher sum than the others. The people who fell in the top 10% earned more than $105,200, and those that figured in the bottom 10% earned less than $33,550. The hourly figures stood at $30.05 per hour.

Salary Range According to Industries

The Bureau of Labor Statistics has provided a median annual salary figure (as of May 2012) that was earned by the web developers in the 5 top paying industries in which these technicians worked.

The software publishing industry paid the web developers an annual average salary of $85,210.

The web developers earned an average salary of $83,970 in the Monetary Authorities-Central Bank industry.

The Securities and Commodity Contracts Intermediation and Brokerage paid the web developers an annual average income of $83,350.

The web developers earned an average income of $83,010 per annum while working in the Depository Credit Intermediation industry.

The Semiconductor and Other Electronic Component Manufacturing industry paid web developers an annual average income of $81,620.

The following are some of the duties that a web developer handles.

• Developing newer web applications on the basis of instructions by the supervisor.
• Enhancing existing and developing newer web applications.
• Conducting all user acceptances tests and working based on those results.
• Designing and implementing databases, templates, and interfaces.
• Developing web portals so that users can load and retrieve information.
• Creating an Intranet that allows every staff member to have a personal profile which provides the ability to manipulate data.

It is believed that the demand for this job will only increase in the coming years. This demand will be highly influenced by the growing popularity of e-commerce and mobile devices.