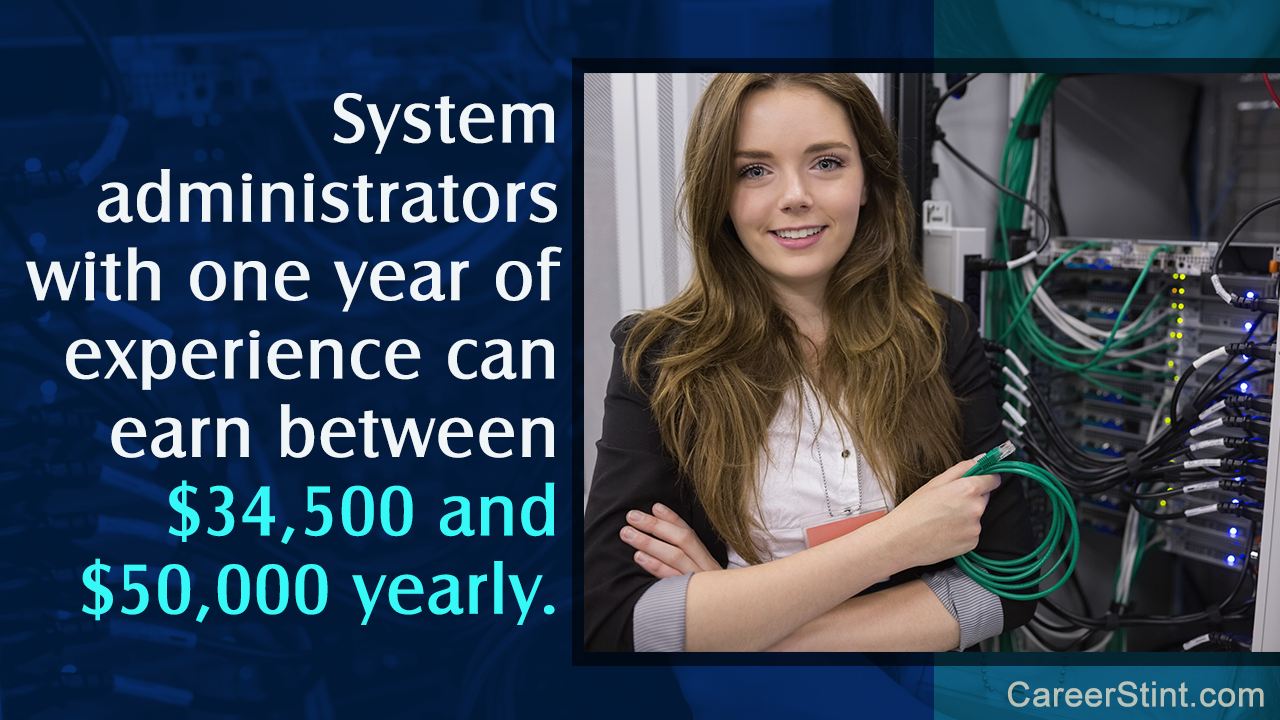 Recently, the demand for jobs in the IT field has increased substantially. There are many jobs in this area of work which normally includes software developers, hardware engineers, system administrators, database administrators, and web designers. One of the main careers is that of a system’s administrator, also referred to as just ‘sysadmin’. As the name portrays, a system administrator is an IT expert who is a specialist in overseeing computer setups. Being a career from a technical background, it does attract a good amount of per annum salary.

The system administrator job duties may depend on whether the professional is working in a big multinational or a small firm. In big organizations, they usually perform the role individually such as that of a database administrator, network administrator, security administrator, or a web administrator. So there can be many professionals working in systems maintenance. In a small company, a single person may be employed to carry out all tasks of networks, databases, servers, and communication systems.

Typical sysadmin tasks are mentioned below:

This is some information on the system administrator remuneration and job tasks. The salary even depends a lot on the certification and educational qualifications. At present, those with credentials like Microsoft Certified Systems Engineer (MCSE), Microsoft Windows NT, and Certified Novell Administrator (CNA) are being preferred by employers.