The psychologist vs. psychiatrist debate has been going on for many years now. It is very important to understand the difference between the two. Although both professions deal with the mental health of a patient, the methods differ from one another. 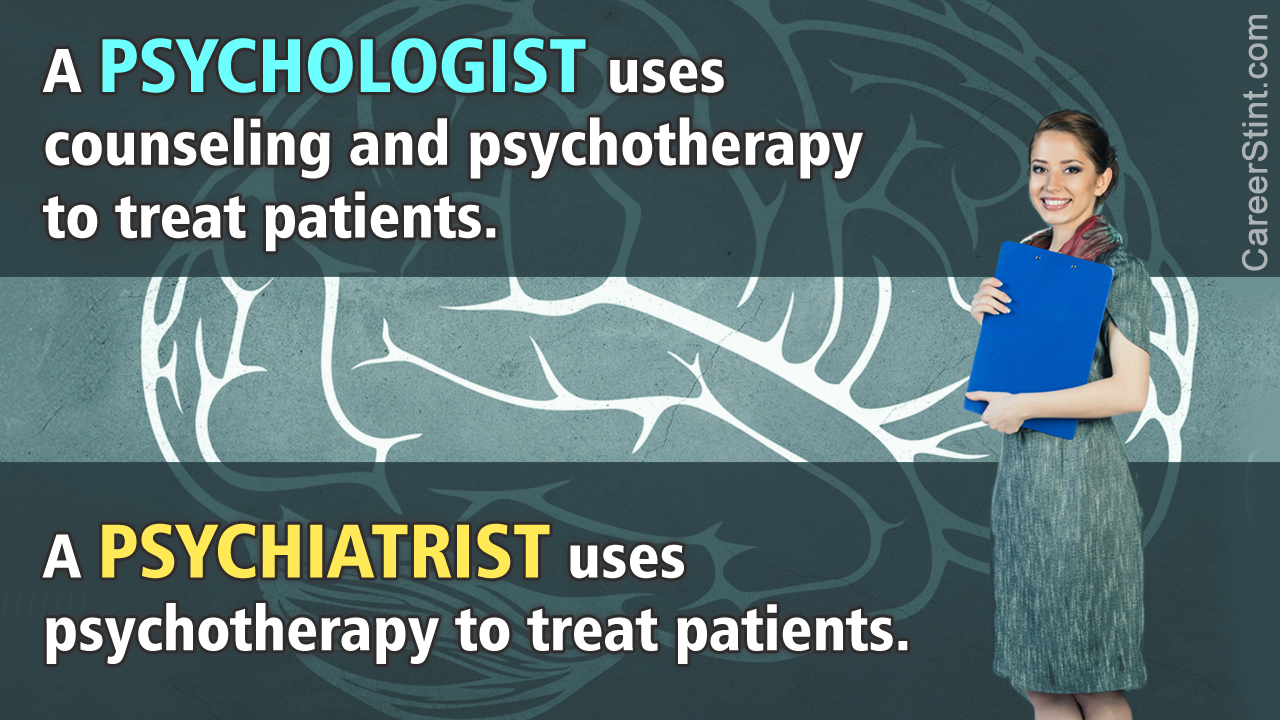 The psychologist vs. psychiatrist debate has been going on for many years now. It is very important to understand the difference between the two. Although both professions deal with the mental health of a patient, the methods differ from one another.

Very often, you will notice that the terms psychologist and psychiatrist are used interchangeably. However, they are significantly different from one another. When people face mental health problems, there starts a debate between the two. Individuals are often confused, and do not know whom to seek help from.

Difference between Psychologist and Psychiatrist

Let’s distinguish between the two professions based on various parameters. However, before that, let’s first understand the difference between the suffixes ‘-iatry’ and ‘-ology’. The suffix ‘-iatry’ means medical treatment, while ‘-ology’ means science. Therefore psychology is the science of the psyche, and psychiatry is treating of the psyche.

The first parameter of differentiation is education. Psychologists study psychology for five to seven years, in their under-graduate and graduate years in college. This study usually culminates in a doctoral or a post-doctoral degree. They get either PhD or PsyD degrees on completion of their doctoral studies. A PsyD degree is awarded to those whose area of study is clinical psychology, and who prefer treating patients, instead of concentrating on research. Depending on the state they study in, psychologists need to have either one or two years of internship, before they can apply for a license. This title can be used by a person who has completed his PhD degree and internship. Titles like counselor or therapists are also used by these professionals, but these titles are used by licensed social workers as well.

Psychiatrists are medical doctors by profession. After the completion of their graduate degree they go on to pursue four years of residency in mental health, usually at the psychiatric department of a hospital. The psychiatric residency includes a range of specialized training in various fields like children and adolescents, drug abuse, etc. On completion of their residency, they obtain a license to practice psychiatry.

A psychiatrist, on the other hand can use psychotherapy, and, in addition, prescribe medications to a patient. They can also perform Electroconvulsive therapy (ECT). Very often, there is a misconception that psychiatrists treat patients with severe mental illness, and psychologists deal with patients with less severe problems. However, this is not always true, as not all patients who visit a psychiatrist need medication.

Very often it has been noticed that psychologists use many more tests and tools to ascertain the person’s psychological health and personality. The tests used by them reveal personality disorders, and the interconnection between the way the person perceives himself and his behavior.

After being aware of the difference, you might ponder as to which one to take up as a career. It actually depends on your point of view, as both are medical jobs that hold equal importance in the dealing of an individual in different aspects. If, after conducting research, psychotherapy, i.e., administering tests, interests you, then you can think of a career as a psychologist. If you want to be able to prescribe drugs and medication to your patients, then psychiatry is the field for you.