Job Description and Salary Range of a Proofreader

The following article brings forth the job description of proofreaders along their salary prospects. 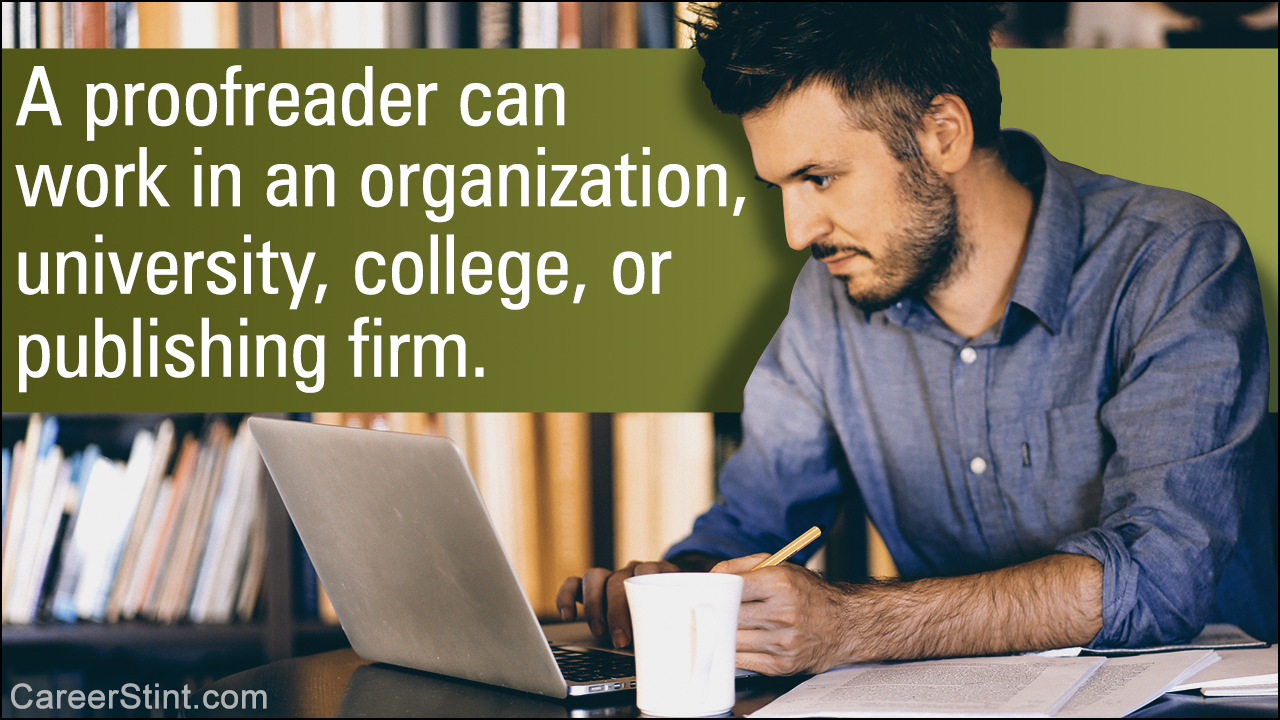 The following article brings forth the job description of proofreaders along their salary prospects.

If you are an avid reader and can easily spot grammatical or language mistakes while reading, then a career in editing and proofreading awaits you. When you go through any article in a newspaper or read a magazine or a book, you must have seen that there are hardly any mistakes in them. Have you ever wondered how does this happen? Well, it only means that the content has been proofread!

A proofreader’s main job is to check the graphics and text of written material for any kind of mistakes in grammar, spellings, or typing. They may be employed by a business organization, university, college, an advertising firm, or a publisher, but his basic work remains the same i.e., to look for and correct mistakes in the manuscript, before it is sent for printing and public distribution. The following journey of text from manuscript to printed material will help you better understand the work of such professionals.

When the manuscript is produced by a writer, it is sent to the proofreader so that any mistakes in it can be identified. This is done before the manuscript is typeset. After the proofreading is done, the typesetter sets the manuscript, which is commonly known as “galleys” in the publishing language. The proofreader reads the “galleys” and compares them with the manuscript to look for any kind of typographical errors, grammar and spelling mistakes. He then makes sure that its size, spacing, and font is in accordance to what has been recommended by the page designer. He also checks the page numbers, charts, photos, and tables (if any) for correction.

The salary of a proofreader varies greatly in accordance to the industry he is employed in, his experience in the field as well as the location of his job. According to the United States Department of Labor, in the year 2009, the average salary for this profession was around $32,500. Location wise, the salary was the highest in Massachusetts, around $40,830, while industry wise, the highest salary was in brokerage, approximately $43,730 on an average, for the same year.

If you look at the current statistics, in the year 2011, a proofreader’s salary was anywhere between $25,434 and $53,142, depending upon their experience in this field. Currently, the average salary of a freelancer in this profession, is around $38,000, while the salary of an assistant proofreader in the year 2011 was approximately $35,000.

Looking at the salary, one can conclude that it is not amongst the most lucrative professions today. Also, the United States Department of Labor has predicted that this profession will see a six percent downfall in job growth between the years 2008 and 2018. However, for people who have an eye for detail and for whom reading is a passion, this can be one of the most interesting professions to enter.