With more number of organizations implementing project-based working methods, the need for a manager who oversees all elements of the undertaken project, is essential. The salary of a project manager varies depending upon the field, experience, qualification(s), location, and size of the organization. This CareerStint article will give you a brief peek into the recent salary figures of this career option, and more. 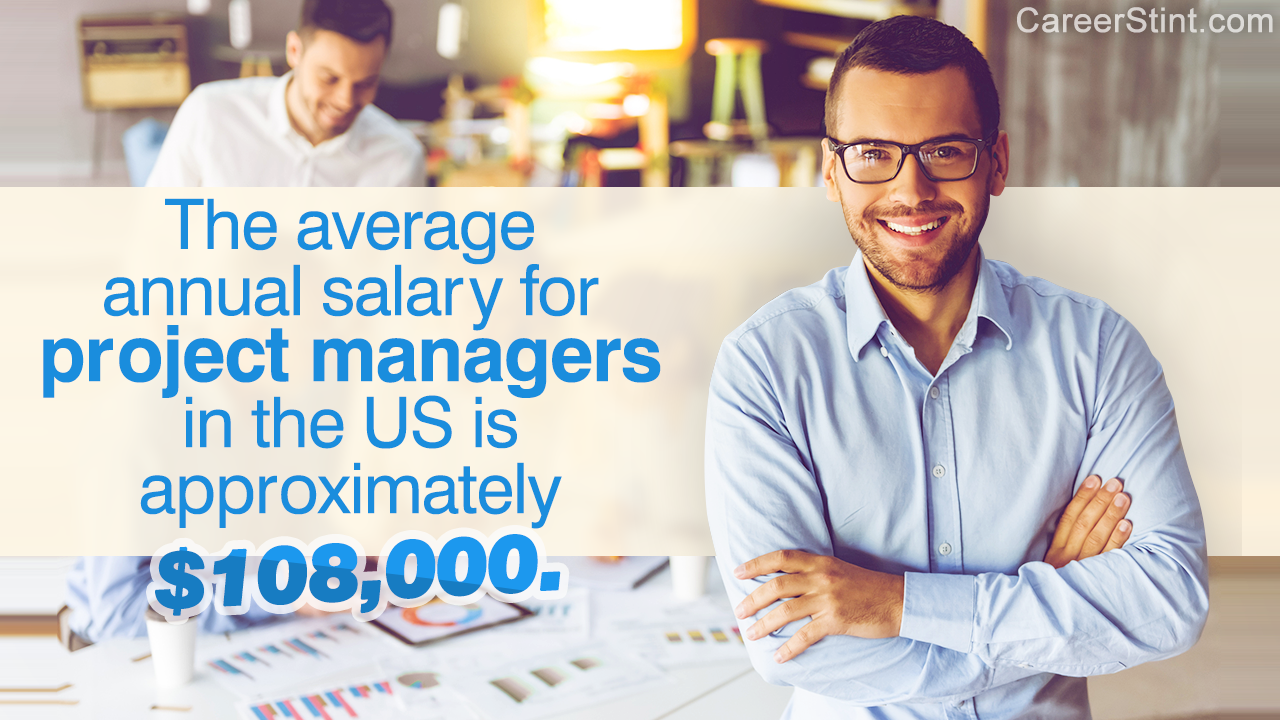 With more number of organizations implementing project-based working methods, the need for a manager who oversees all elements of the undertaken project, is essential. The salary of a project manager varies depending upon the field, experience, qualification(s), location, and size of the organization. This CareerStint article will give you a brief peek into the recent salary figures of this career option, and more.

According to the 2013 Project Management Salary Survey, 71% of the participants reported an increase in their total compensation over the year prior to completing the salary survey.

The aforementioned survey was conducted by the Project Management Institute (PMI), that happens to be the largest professional membership organization, exclusively for project managers, with over 700,000 members worldwide. According to their recent survey, there is a significant growth in this career option, be it in terms of demand, salaries, or growth, not only in the U.S., but worldwide.

In this survey, more than 36,000 project management practitioners participated from 33 countries. The overall numbers indicated in the report are absolutely positive for both existing and anticipatory professionals in the field. A growth of USD 6.61 trillion is projected within the profession, whereas 15.7 million new roles in the project management field are expected between 2010 to 2020, globally. Before we go through other important highlights of the survey, let us look at the monetary findings mentioned in the next section.

According to the survey, the median annual salary recorded over all the countries that participated―including the varied levels of experience and job positions/roles―is USD 88,399. Also, as mentioned earlier, 71% of the participants reported that their overall earning (salary + bonus + other monetary benefits) increased during the year before the salary survey was completed; 28% of these participants experienced at least a 5% increase. Out of the 33 countries, the following list will give you a brief description of the top 10 countries with the highest median annual salaries for project managers.

The factors that influenced the median salary included: position, size of the project/team size, project budget, and experience in project management. Another important factor is the area of work. The U.S. Bureau of Labor Statistics doesn’t classify project managers under an occupation, in fact, they are categorized based on their working field. For instance, those working in the field of construction are called ‘Construction Managers’; those in the field of information technology are ‘Computer and Information Systems Managers’. On the other hand, those working in other areas are counted as a part of unclassified managers. It should be noted that the average median pay of a computer and information systems manager is higher than that of a construction manager. The 2010 median pay of the former was USD 115,780 per year, while for the latter, it was USD 83,860, according to the Bureau of Labor Statistics.

Overview of Duties and Responsibilities

A project manager is required in all types of industries such as, construction, information technology, architecture, telecommunication, and other infrastructural projects. The nature of work might vary from industry to industry, but project management always implies planning, organizing, and managing resources to bring about the successful completion of specific project goals and objectives. ‘Relevant educational qualification’ and ‘leadership qualities’ are the two significant aspects of the personality of a successful project manager. You need to prove that you have excellent management skills to coordinate with the entire team, clients, and stakeholders.

The responsibilities usually include team building, appointing reporting heads, assigning work to every member of the team, efficiently coordinating with various departments such as accounts, marketing, sales, etc., finding errors in the methods employed, correcting them, and achieving the targets within the given time. While doing this, he has to be in touch with the clients and inform them about the work finished. Thus, effective leadership is a significant part of project management.

How Certification Plays a Crucial Role

A certification is nothing but a surety that you have been trained in what you do. It has been noted in some cases that candidates who are not certified, experience quite a bit of problems in finding a job, let alone the salary. According to the PMI survey, Project Management Professional (PMP) credential holders are likely to earn USD 15,000 more in certain countries, as compared to those who don’t. We have already seen that median salaries in countries such as the United States, Switzerland, Australia, Germany, and the Netherlands exceeded US$100,000! Georgina Riccius, PMP, project/program manager, formerly of Sunrise Telecommunications, Zurich, Switzerland (the country that ranked second for top salaries for project practitioners), says that the resume containing a Project Management Professional (PMP)® credential, along with experience, and excellent communication skills, definitely stands out from the rest.

“These numbers are great news for project managers who are looking to expand their careers with new skills, individuals who may be interested in a career change and those who are coming out of school or military service and considering what job would best suit their future goals.”
― Mark A. Langley, president and CEO of Project Management Institute

Though we don’t have much to say after the experts have given their verdict, the bottom line is that the career growth of a project manager seems to be promising and fulfilling, not only in terms of salaries, but also in terms of opportunities and growth. If you prefer working with people, are a dedicated person, and an expert in managing projects from the beginning to the end, then there are lots of opportunities awaiting you in this field.