Strategies That Will Help You in Preparing for Union Negotiation

Labor and trade unions appeared in Europe after the winds of industrial revolution started turning the mammoth wheels of factories. The concept of union was initially developed to protect employees of organizations and companies from the harsh policies of greedy and inhuman capitalists. Here, we have tried to shed some light on union negotiation strategies, and how to prepare for them. 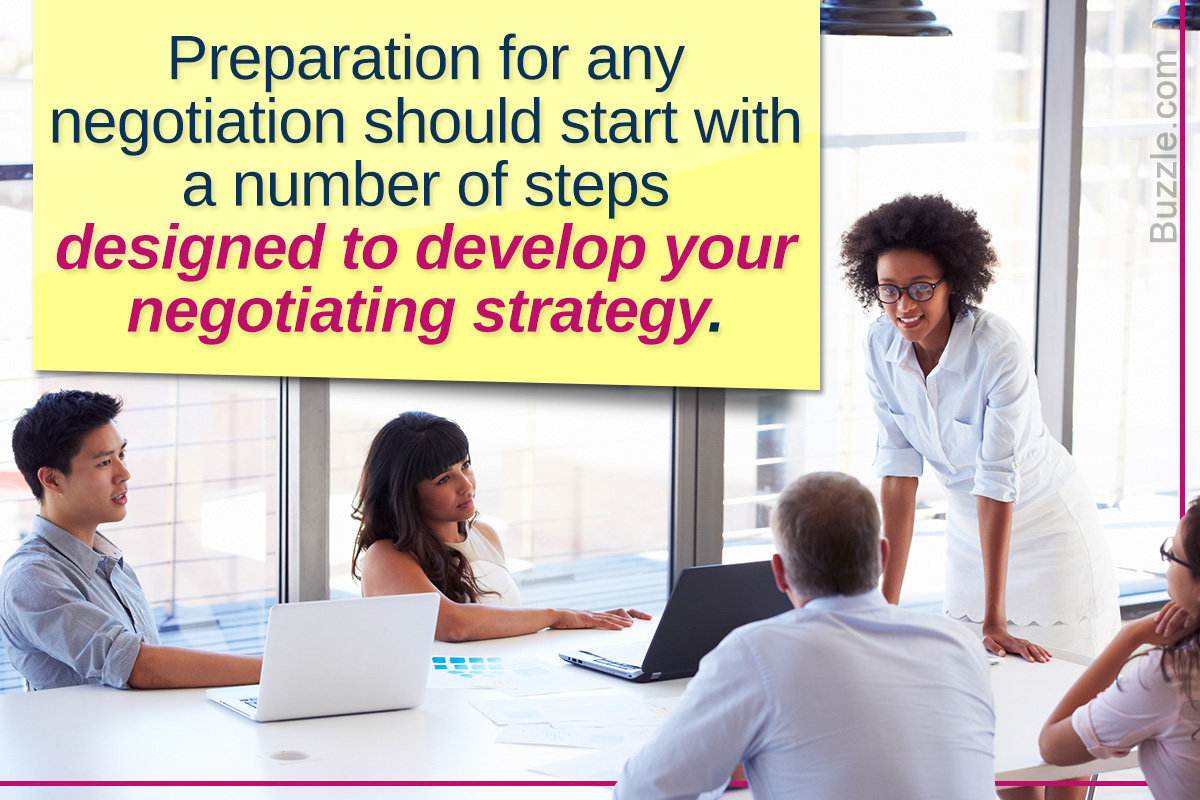 Labor and trade unions appeared in Europe after the winds of industrial revolution started turning the mammoth wheels of factories. The concept of union was initially developed to protect employees of organizations and companies from the harsh policies of greedy and inhuman capitalists. Here, we have tried to shed some light on union negotiation strategies, and how to prepare for them.

The role of unions has changed drastically since the industrial revolution. The concept of employees’ union came into being due to the fact that capitalists were overworking manpower unethically, and were also depriving them of basic amenities, safety, and hygiene. The concept can be considered to be one of the wisest creations of mankind. All the workers’ or employees’ unions were formed to fulfill one motive – to solve the problems and grievances of all the employees peacefully, without violence and destruction. The formation of unions enables the smooth process of problem solving of all the employees.

“Negotiation” is the process involving the meeting of the unions, and the administrative body in order to reach a common ground of consensus over any specific issue. For this process, either there is a separate negotiator involved, or someone from within the management acts as one. The job of the negotiator is to bring the neutral aspect to the table, and help solve to make it a win-win situation for both the sides. So, in this article, we have focused on the neutral aspect of the negotiation process, and the strategies to adopt, to find a solution.

Preparing for the Negotiation

Since the negotiator is the neutral point between the two parties, it is his job to read through every aspect to prepare himself in the best way possible. Your motto while preparing should be to “maximize joint value, and achieve optimum agreement”.

Studying the History
Negotiations between union and administration are a continuous process. There are rules for renegotiation over subjects that are already dealt with. For each industry, the effective period for any solution, reached after a negotiation, is different. Hence a negotiator should read the history of the subject in hand to confirm its viability. Also, the history reflects the relationship between the management and union, thus helping you to understand the situation better.

There are certain set of causes for which a negotiation is taken up; therefore, your task is to understand the cause, and study its current situation as well as the suggested changes. The various heads under which these causes are enlisted are described here:

These are certain specific causes under various heads mentioned above:

Recognize the Mode of Negotiation

Depending on the subject and time constraint, negotiations are divided into different types of interfaces. The most common paths that are chosen for a meeting are:

Approach Towards Solving the Problem

In order to reach a solution, you should maintain the order in the following manner:

Step 1 – Reach a consensus.
Step 2 – Define the rights.
Step 3 – Decide the department or person who has the power in the particular subject.
Step 4 – List the things to be avoided.

Following this order has certain inherent reasons that are:

The Plan of Action

Roger Fisher and William Ury – in their book ‘Getting to Yes’ – have described the importance of planning before negotiations in order to hit the bull’s eye. Here are points that should be imbibed into the planning procedure:

Interest, and not the position, should be the point of focus– An ideal negotiation should start with each side putting forth their position, and then working towards the middle ground to reach a consensus. However, it’s in human nature to assume the opposite side’s position without looking at the underlying interest. This presumption can lead to faulty judgments; therefore, always bring everything on the table.

Keep room for options, and a backup plan– Include another option in the planning process itself, and also instigate the opposite side to suggest options from the start. At the end of the negotiation, the situation gets stressed, narrowing the thought process. Hence, finding an alternative at that time is futile.

Objective viability of the result– In cases where the opinions differ completely, the result should be such that it is both practical and feasible for both sides. Unnecessary dickering will only strain relations, causing future complications. So, as long as the result can be enacted effectively, one should not push the ends.

Intelligent Use of Language

Be it striking a deal or drafting the contract, the use of language makes all the difference. With lawyers going through every inch of the contract to find a loophole, it becomes very important to check the final draft thoroughly. Here are a few pointers on how to use the language to your advantage:

As such, there are several strategies that you can opt to use while negotiating. The environment, the flow, and the subject in hand are few aspects that decide as to which strategy to adopt. Let’s learn about them:

Patience, the golden virtue– This strategy involves putting forth all your points, and convincing the opposite side to abide by them. But if they do not agree, break the meet for some time, and give them time to think. Leave the employer with positive points to think upon, and do not mention any alternative, if you are taking a break. This sets an impression that you are adamant enough to wait.

Putting across the final offer– This is the shortest and riskiest way of negotiating. According to this strategy, the union forms the “final offer” and sends it to the employer for acceptance. The employer can treat it in any way, i.e., by adding or deleting clauses. Although, after it returns to the union, it is up to them to accept or reject it with alterations. This is normally done for trivial issues in order to save time and energy.

Limiting the discussion to important points– Limits can be defined using any aspect like time, people, points, or any other factor. This is done to restrict the discussion from deviating, and going off the topic. Also, the problem can be dealt with more clarity by dividing it point-wise, and discussing each point clearly. Sometimes, with less people and definite time limit the effectiveness of the discussion increases.

Trading sides– This approach helps in problem solving as well as building healthy relations with the employer. The aim is to think from each other’s point of view, and understand the constraints. The conclusion, hence reached, is bound to make your employer happy.

Showing the positive side of your demands– This approach is a little casual, but generally effective. While negotiating, put forth those aspects that you are not asking for, and are too far-fetched. This will show to your employer the “reasonable” aspect of your demand, and he will be easily convinced.

Corporate acts and laws related to human resource are very odd and, at times, unexpected, too. The interpretations of labor laws, presented here, are by different legal experts, lawyers, and attorneys that are subjected to change with changes in the law itself. Moreover, every organization personalizes its process of negotiation in accordance with the functioning, and the ease at solving the problem. A company is after all a team/family, that has the same soul.