The salary of a pilot varies significantly depending on the sector in which he/she is working. For instance, corporate pilots and commercial pilots have different salaries. Same is the case with agricultural and military pilots. Continue reading this CareerStint article for more details. 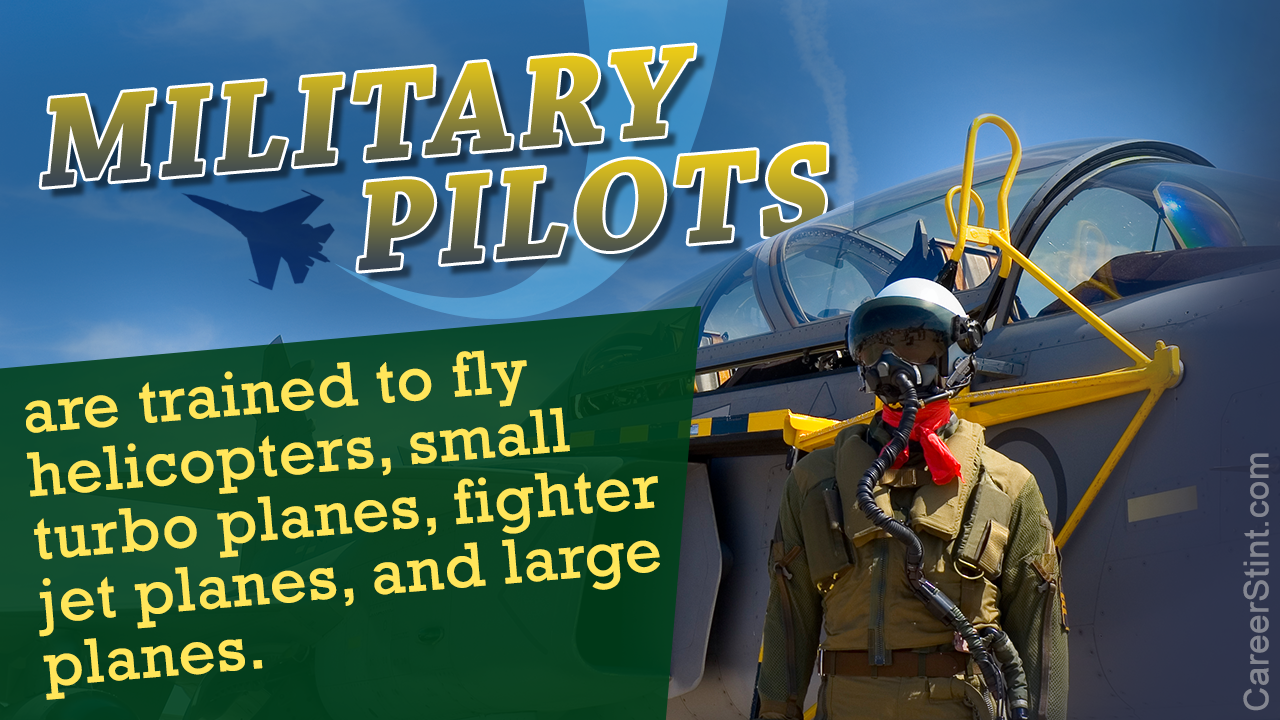 The salary of a pilot varies significantly depending on the sector in which he/she is working. For instance, corporate pilots and commercial pilots have different salaries. Same is the case with agricultural and military pilots. Continue reading this CareerStint article for more details.

According to the Bureau of Labor Statistics (BLS), employment of airline and commercial pilots is projected to show little or no change from 2012 to 2022.

Amongst various airline jobs, the job of a pilot is one of the most challenging and popular jobs. Pilots are trained professionals who are provided with licenses to fly airplanes and helicopters, in order to transport goods, services, and passengers from one place to the other. To become a pilot, one needs to get trained under a government registered pilot training institute that imparts training for a substantial period of time, and then gives a license that permits the individual to enter in the pilot profession. There are many types of pilots, besides the commonly known airline pilots (that carry passengers) and helicopter pilots (that fly choppers owned by big business tycoons). Commercial, agriculture, corporate, and military sectors also need pilots for the completion of various tasks.

Considering the data presented by the BLS, pilots seeking jobs at the major airlines will have to face strong competition for some more years. Mostly, jobs will be available in the low-cost regional airlines and nonscheduled aviation services. Major international airlines require 1,500 to 3,000 flight time hours and about 300 to 500 hours of multi-engine time for application acceptance. The annual salary of a captain or a co-pilot may vary depending on a number of factors including industry, company size, location, years of experience, and level of education.

The salary range is mostly decided by a bargaining agreement between the airline management authorities and a committee on behalf of the pilots. Considering government rules and regulations, a standard is set, and according to some fixed rules, like the number of hours the pilot is flying and other parameters, the salary is fixed.

Airline pilots transfer passengers from one place to the other. According to PayScale, many top brands in the US have been paying their airline pilots, salaries as low as $25,000 and as high as $373,162 annually, depending on the flying experience and technical expertise of the pilot. According to the BLS, median salary of airline pilots is $118,140 p.a.

According to PayScale, the salary range of a commercial pilot is usually between $31,000 to $160,000 annually. Commercial pilots transfer goods and other products of the companies to various destinations. Often, they are also required in transferring people from one place to another. According to the BLS, average annual salary of commercial pilots is $75,620.

Agriculture pilots fly planes to water, seed, and fertilize crops, spray pesticides, or extinguish fires. Some are hired for surveying land. Crop dusters can spray huge areas efficiently and effectively. An entry-level agricultural pilot usually earns $20K – $25K a year. However, experienced pilots can make up to $100,000 per year.

A military pilot is employed by the various defense departments of the US government (like the Army, Navy, Air Force, Marines, National Guard, Coast Guards, and Reserves). They are trained to fly planes ranging from small turbo planes, helicopters, fighter jet planes, small executive jet planes, and often large planes. The salary of a military pilot is usually between $25,000 to $101,000 annually. Apart from salary, military pilots are potentially eligible for various allowances, for example, housing, sustenance, and cost-of-living allowances.

Almost half of the companies in the US have active flight departments. Corporate aviation accounts for nearly 75% of the airlines traveling, and corporate pilots are responsible for transporting business heads, executives, and corporate bigwigs to various countries for meetings and business proposals. The salary of a corporate pilot depends on the complexity of the plane a pilot is flying. Complex planes that require a lot of technical expertise, command higher salaries (an average of $100,000) and for flying simple planes, the starting salary is $60,000. According to BLS, the average annual salary of a corporate pilot is $75,620. Captains and first officers are the two types of pilots that are required in corporate flights. Every flight must be assisted by a first officer. The salary for corporate pilots promoted to captain ranks can be around $130,000. The first officers with much lesser technical expertise can earn between $21,000 to $100,000. According to PayScale, median salary for corporate jet pilots is $82,872.

The airline industry often goes through many ups and downs, however, the demand for professionals pilots is always high. Enrolling in an accredited pilot training institute is the first step towards the realization of the dream to be a pilot. The salary varies every year with the economy fluctuating due to oil prices and other financial factors, however, these factors are secondary, as the whole world is affected by similar problems, so if you have the passion to fly, get started right away! All the best!