Many incidences occur where one ends up getting injured, either emotionally or physically, because of someone else's fault. A personal injury lawyer plays a crucial role in advocating such clients. This CareerStint article throws some light on the salary range and other relevant information related to a personal injury lawyer. 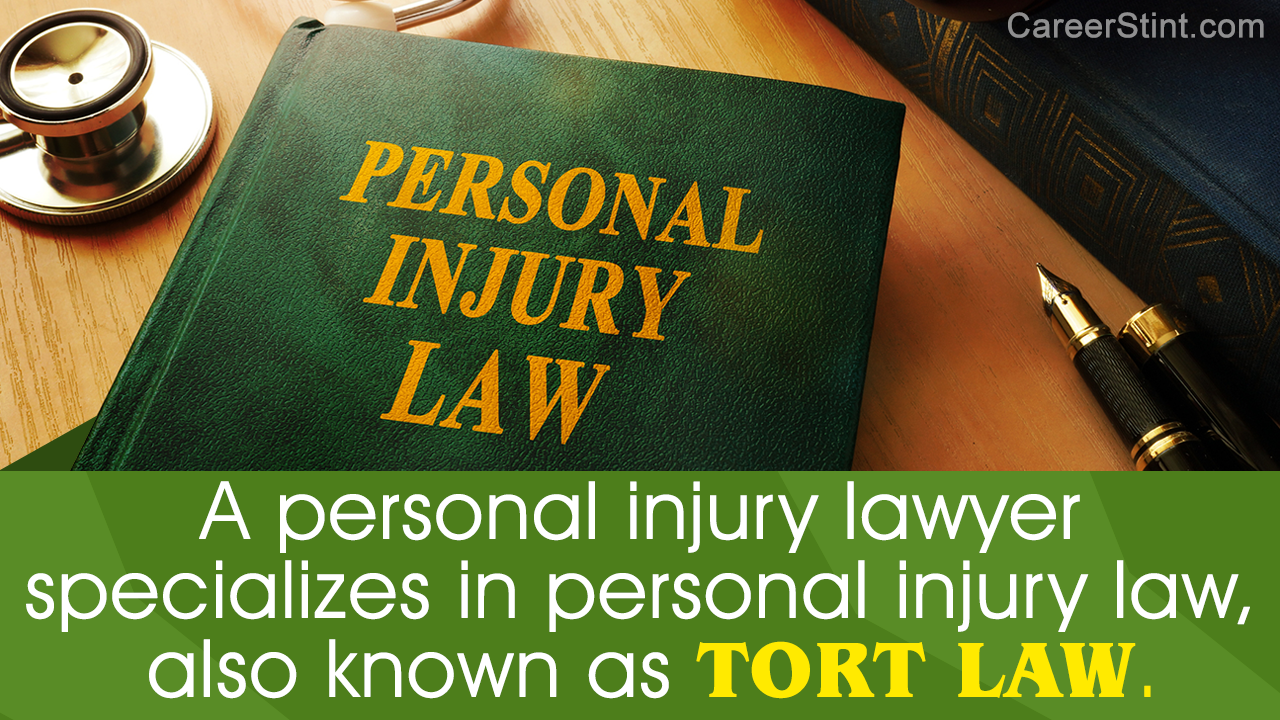 Many incidences occur where one ends up getting injured, either emotionally or physically, because of someone else’s fault. A personal injury lawyer plays a crucial role in advocating such clients. This CareerStint article throws some light on the salary range and other relevant information related to a personal injury lawyer.

Although the Bureau of Labor Statistics states an overall growth of 10 percent in the employment of lawyers, the job outlook of personal injury lawyers seems to be quite promising. This is because personal injury cases generate a major portion of the total revenue earned by many law firms.

A personal injury lawyer is a litigation lawyer who specializes in personal injury law, also known as tort law. He or she is responsible for defending the grieved parties who have been injured physically or emotionally, or have suffered a property damage, due to a deliberate intent or an unintentional negligence of someone else. These cases involve automobile accident, medical malpractice, product liability (loss, injury, or death due to usage of a defected product), and other cases where negligence has resulted in an injury or a death.

The involvement of a lawyer ensures that the accused party compensates the victimized party for the losses suffered. Most of these attorneys/lawyers work on the basis of contingency fees, instead of charging on an hourly basis like other lawyers do. Therefore, their earnings depend upon the type of case and the amount claimed and won as compensation. Typically, 33 percent to 40 percent of the amount received as compensation goes to the lawyer as his/her fees.

The salary package is based on many factors; one of them being the type of payment the lawyer takes. There are several options in this regard, such as contingency rates, hourly rates, and fixed rates. Contingency rate is a kind of deal which is arranged between the lawyer and the client prior to the judgment of the case, where the lawyer’s fee is a small percentage of the recovery money awarded to the victim. In 85% of the cases, this fee system is followed. In the hourly-rate system the victim pays the lawyer for every hour he/she spends working on the case. Many lawyers also charge a flat or fixed fee, where some portion of the fees is paid before the actual work begins and some is paid after the case is resolved.

The following table gives you a state-wise median salary of this professional, as listed on the website Indeed.

According to the website LawyerEdu, the median annual salary of a personal injury lawyer is USD 73,000. The salary range also varies depending upon the sector where one is employed. LawyerEdu states that those employed in huge law firms tend to earn anywhere between USD 81,000 to USD 164,000. Also, those working for the government at the local or state level earn an average of USD 70,000, while those working at the federal level can earn up to USD 121,000. Apparently, those lawyers who work for non-profit organizations tend to earn the least among the lot. Therefore, to group the salary of a personal injury lawyer to a fixed range is extremely difficult, as there are many factors that determine the potential earnings in this field.