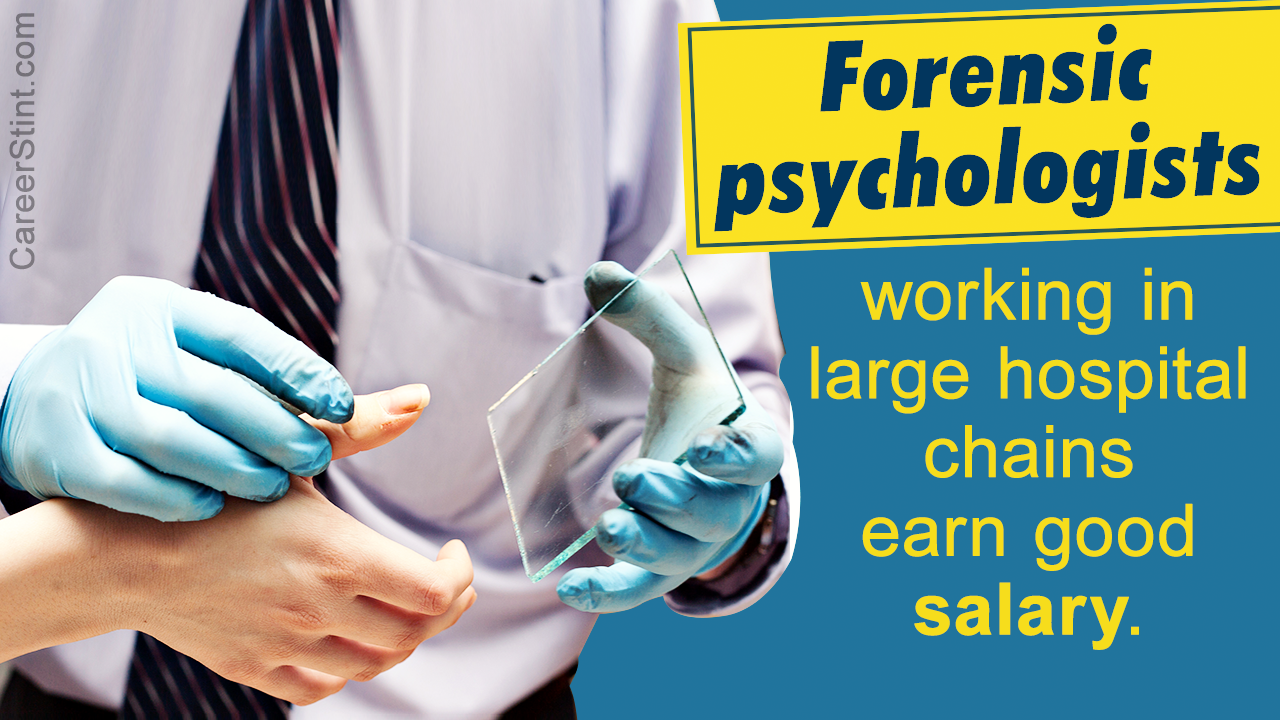 Forensic psychologists have the main duty of testing or evaluating individuals who are being prosecuted for offenses. A sound knowledge of the field along with that of the criminal justice system of the country is imperative to practice in this field. According to several surveys conducted regarding a career in forensic psychology, it has been found that the future prospects in terms of both, career growth and salary are quite impressive.

Salary
The salary depends largely on the educational qualifications, acquired skills, number of years of experience in the industry, and one’s location. Plus, those with master’s and doctorate degrees will definitely earn more in this profession.

Given below is the salary data for forensic psychologists, based on their location in the United States of America.

Jobs for forensic psychologists are expected to grow at a rate of 15% up to 2018. It definitely appears to be a lucrative field, and with the government being its biggest employer, there is a lot to achieve in terms of job satisfaction as well as remuneration.