An ethologist observes animals, analyzes their behavior, and documents the findings. The job description and salary of an ethologist is outlined in the CareerStint write-up below. 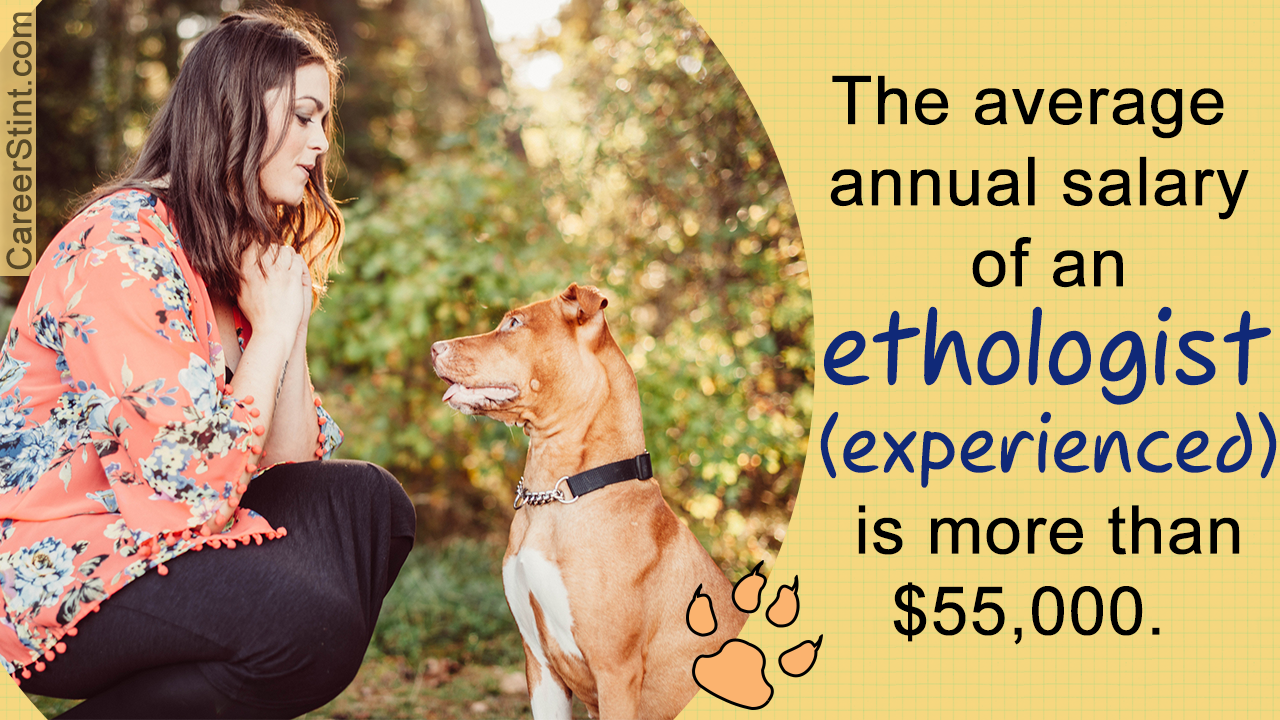 An ethologist observes animals, analyzes their behavior, and documents the findings. The job description and salary of an ethologist is outlined in the CareerStint write-up below.

“Chimpanzees, gorillas, orangutans have been living for hundreds of thousands of years in their forest, living fantastic lives, never overpopulating, never destroying the forest. I would say that they have been in a way more successful than us as far as being in harmony with the environment.” ―Jane Goodall, English ethologist and anthropologist

Ethology is a branch of zoology that deals with the study of animals and their behavior. But then, you must have heard of the term ‘behaviorists’ as well, they decode animal behavior and suggest remedies. What does an ethologist do, then? What does he study? Well, to begin with, even though behaviorists and ethologists share the same theory regarding animal behavior, the way of approach is different for both.

As of today, behaviorists have a different educational background, and depend on scientific findings to change animal behavior. On the contrary, ethologists conduct field studies to find out the different ways an animal behaves under different circumstances. In the paragraphs below, you will learn what an ethologist does, how to become an ethologist, and how much he earns.

An educational background is most certainly essential to make a foray into this field; however, your keen sense of observation and love for animals is what will take you to greater heights. Your job will be centered around plenty of field visits where you have to actually bond with animals. Therefore, work on developing an affinity towards animals, before venturing along this path.