Disadvantages to Consider Before Going in for Radio Advertising

There is one thing about the radio that we can’t change and that is it being an immediate medium. In between all the radio programs that are aired, we listen to commercials. These commercials are ways through which the radio agencies make maximum money. The time a company gets to go live and sell itself, is known as airtime. This commercial airtime is what gets the radio companies maximum of their funds. However, there is a downward trend in radio advertising today. There are many reasons that lead to organizations opting for other mediums of advertising, some of which are listed below. These disadvantages are problems faced by companies if they choose to advertise with radio as a medium. Yes, there are some advantages of using this medium as well. For example, it’s cheaper than the other mediums but then again, the effectiveness is not guaranteed at all.

Disadvantages of Radio Advertising Compared to Other Mediums

Mentioned below are reasons why radio advertising is not given much importance today. However, we still find companies that advertise through radio. This is because either they can’t afford the other mediums, because they can afford all the mediums and because their advertising strategies demand them to do so. In some poor countries, the availability of a radio is more than that of a television. At such times, it becomes necessary to advertise through radio itself.

The human mind can remember what it sees better than what it can hear. What you hear, in quick, succession isn’t registered in your brain properly. Whatever little is registered, it cannot be recollected completely later. This way, chances are that you’ll hardly ever remember an advertisement completely on the radio. Even if you do remember it, it’ll be very difficult for you to understand what it implies as you can’t see the object it talks about. Being human, we usually believe only what we see.

Radio advertising is not affordable in the short run. For you to register your advertisement in the minds of your customers, it’ll take you at least a couple of advertisements and repeated broadcasting over a few days. This means, if you advertise only once, chances are you’ll hardly make any profits. Also, the number of customers you get, might be less than what you need to cover up costs of advertising on radio and reach equilibrium even.

The reason why radio advertising is considered irrational by many companies is because there is no guarantee of someone hearing it. For example, your advertisement is going to be aired after Song B. Currently, assuming there are 10 people listening to song A. As Song B starts, they realize they don’t like it and they switch to another station. You lose out on 5 of your potential customers right there. Most listeners don’t listen to the advertisements at all. The moment one song is over, they switch to a station that is playing something.

If you read an advertisement in the newspaper or on a brochure or on a pamphlet even, that is delivered right at your doorstep, what do you do? If you find it interesting, you cut the piece of advertisement and keep it with you. Can you do this to a radio advertisement? No! This is why radio is called immediate. Once you have heard what you’ve heard, you have no option but to remember it or hope to hear it again sometime and that sometime can be anytime.

Also, listening to the radio is done mostly in the car when you’re driving. This reduces the amount of attention you can give it anyway. Also, there are particular slots when there is maximum traffic. If you want good business, it’s important you advertise in these slots only. Now this increases your costs and also the competition. While reading a newspaper or while watching TV, a person is doing just that. However, while listening to the radio, it’s mostly something else at hand that is more important.

These are the disadvantages of radio advertising as they exist in the corporate world today. Every organization is looking for profit maximization and at such a time, radio is a medium that can’t really guarantee benefits. Radio advertising ideas can be experimented with but the end product won’t outdo all the disadvantages mentioned above. Like I’ve said before, some companies have no option but to resort to this form of advertising as their strategies demand so. For the rest, think twice before putting in the money. 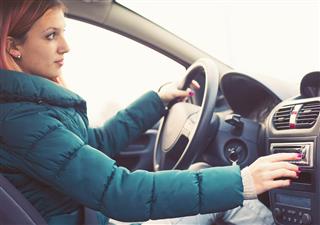 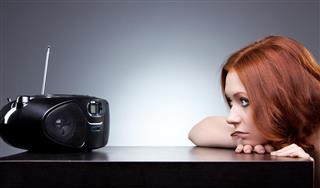