The average Chief Information Officer (CIO) salary in US is around $180,000, and they are also entitled to several other benefits. Let us take a look at the job role of a CIO. 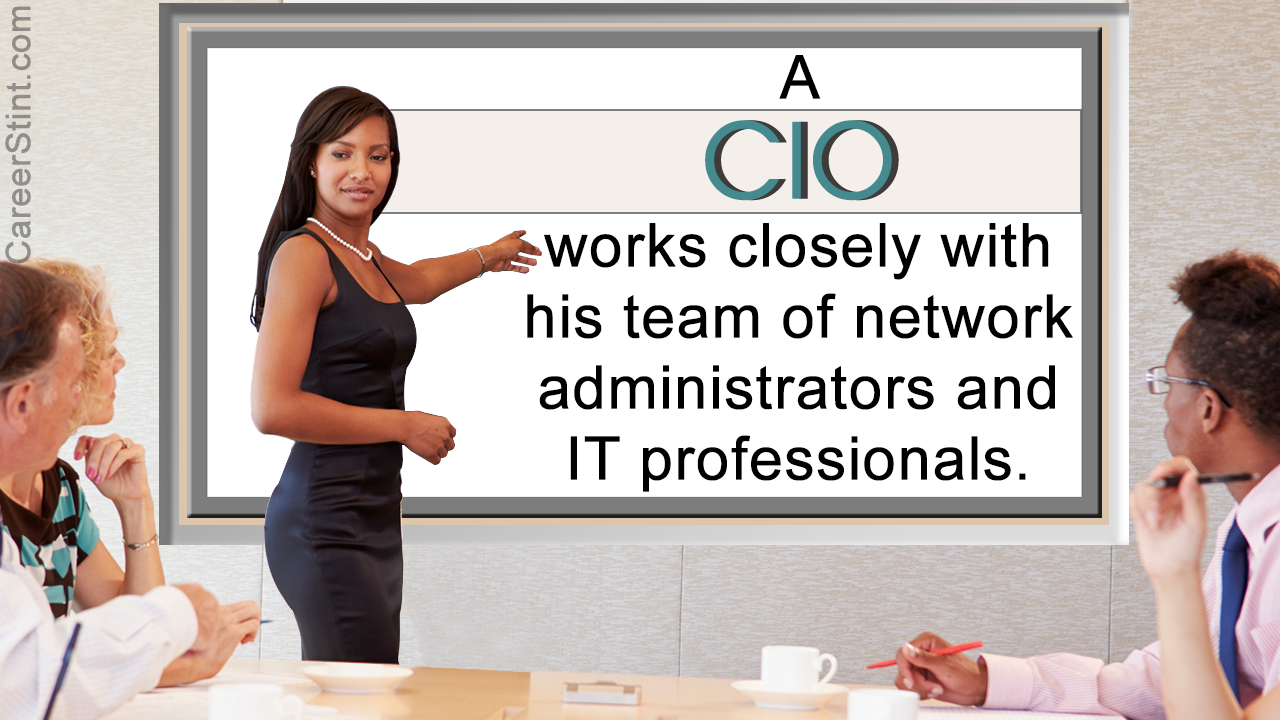 The average Chief Information Officer (CIO) salary in US is around $180,000, and they are also entitled to several other benefits. Let us take a look at the job role of a CIO.

The Chief Information Officer is a job title given to an individual who heads the information technology department of an organization. In an organization, technicians have the know-how on information technology and business folks are good at business stuff. Organizations need an individual who has a sound knowledge of IT services, and knows how to use this expertise to serve the business departments. The position of a CIO in an organization is strategic, and he reports directly to the Chief Executive Officer (CEO) of the organization. No wonder that the CIO salary is among the best in the corporate sector, and they also enjoy many other benefits as well.

As the head of the IT department, the CIO has to ensure that the IT functions and applications of an organization are responsive to the organization’s overall goals and strategies. It is his responsibility to supervise his subordinates to make sure that they are working as per expectations. A CIO also has to establish IT standards and policies for employees and monitor if these are being adhered to. Every organization has a database which has important information about the organization, its plans, strategies, customer portfolios, etc. A CIO has to ensure that these are secure from both internal and external threats, and there is a strong data backup and disaster recovery plan in place to retrieve the data in case of an unfortunate situation.

It is the duty of a CIO to ensure that the IT tools and applications are being used to the best of their capability. To ensure this, he needs to work closely with his team of network administrators, software professionals, etc. The Human Resource managers take the opinion of the CIO while recruiting new employees for different IT jobs, so that talented and deserving candidates are hired by the organization.

The job role of a CIO also demands that he anticipates the changing trends in the IT industry and communicates it effectively to the directors of the company. It is imperative for him to seize the opportunities that have the capability of transforming the organization positively. Analysts are of the view that the job role of a CIO has seen some drastic changes in the last five years. They point out that the job has become more complex, and the future CIOs will need to be visionary and pragmatic in their approach. They need to promote the use of new technologies in the organization, but at the same time, they need to deal with the realities of the business, such as the profitability and the productivity of current IT solutions.

According to numerous surveys, the average salary of a CIO is around $180,000 per year. They are also entitled to bonuses and perks. New York, Chicago and Dallas are the cities that offer the best compensation package and bonus to CIOs. As far as the state-wise salary is concerned, CIOs in California, Texas and New York earn higher than their counterparts in other states. Individuals are considered for the job of a CIO after spending several years in an organization, so CIOs with ten or more years of experience receive salaries in excess of $200,000 or more. Surveys have also found out that CIOs working with companies whose annual revenues exceed $5 billion, make more than $300,000 per year. The salary of CIOs working with Fortune 500 companies may not measure up to what their CEOs take home, but they aren’t doing too bad either. While pay package and benefits are up there with the best in the business, the tenure is a cause of concern for most CIOs. The average tenure of a CIO in the US is just around 4 – 5 years.

A CIO plays a vital role in enhancing the growth of an organization and driving business innovation. As mentioned earlier, the role of a CIO has changed in the last few years considerably, and CIOs are focusing more on making necessary changes to the IT structure so that the organization is in pace with the global business environment.