Considering the amount of qualifications and time it takes to become a qualified cardiac surgeon, their salary is considered to be among the highest pay ranges in the industry. This CareerStint article will give you some information about their average salary ranges, based on various factors. 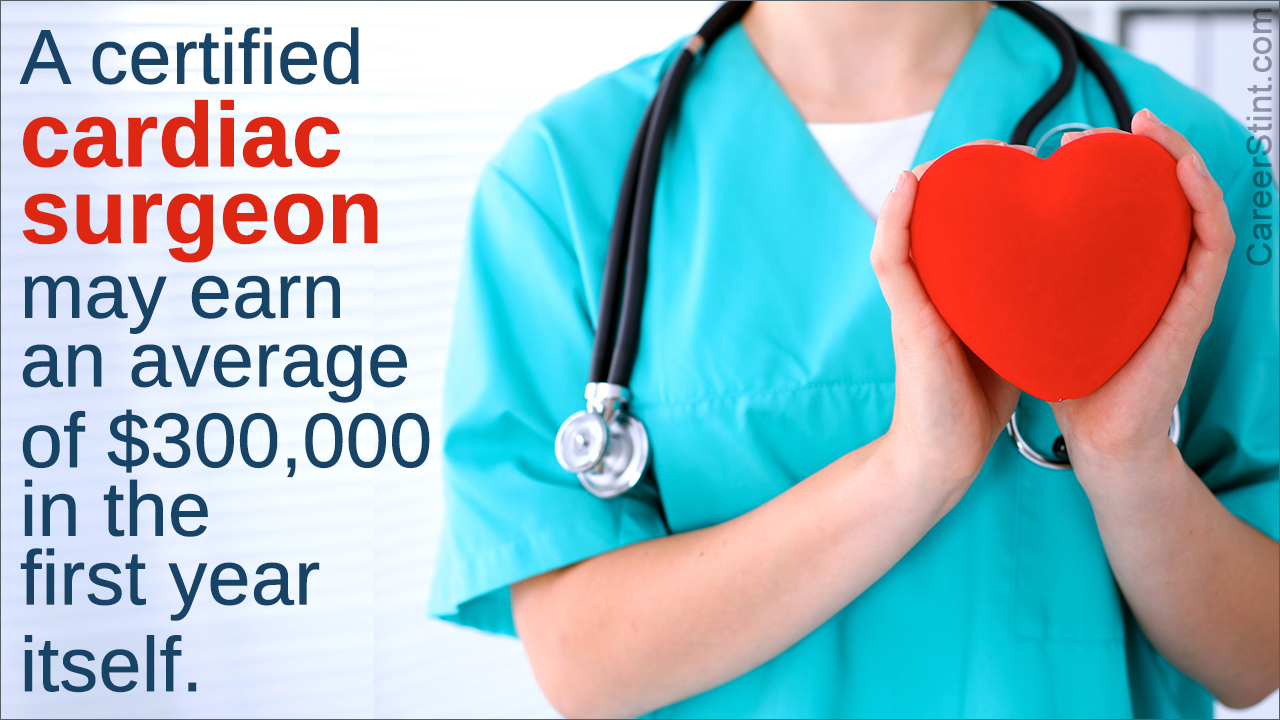 Considering the amount of qualifications and time it takes to become a qualified cardiac surgeon, their salary is considered to be among the highest pay ranges in the industry. This CareerStint article will give you some information about their average salary ranges, based on various factors.

According to the Bureau of Labor Statistics, there is a projected growth rate of 24 percent from the year 2010 to 2020, in the employment of physicians and surgeons. According to the American Medical Group Association, the median annual income for cardiac and thoracic surgeons is reported to be USD 533,084.

A cardiac surgeon specializes in treating problems in the heart and the related blood vessels in the body. Cardiac surgeons are also known as cardiothoracic surgeons, cardiovascular surgeons, or heart  surgeons. The heart is one of the most vital and delicate organs of the human body, wherein even a minute error may result in fatal consequences. Heart diseases are the leading cause of deaths in the United States of America! Millions of people have a heart-related problem all across the globe. A majority of cases consulted with a physician, involve procedures such as bypass surgeries, heart valve repairs, heart transplants, and so on, that need to be performed by a qualified cardiac surgeon. Thus, this career takes a lot of qualifications, hard work, and determination.

It takes almost seven or eight years of extensive training after passing out from medical school, to become highly skilled in the field. All cardiac surgeons should also be certified by the American Board of Medical Specialists before proceeding with any further specialization.

Starting Salary
A certified cardiac surgeon may earn an average of USD 300,000, in the first year itself. However, the figures may vary depending upon the place of employment, certification, and other factors. Reputed large-scale hospitals tend to offer higher salaries when compared to smaller hospitals.

Average Salary
The Medical Group Management Association (MGMA) conducts a physician compensation and production survey every year. According to their report, pediatric cardiovascular surgeons were found to be earning a higher amount, as compared to adult cardiovascular surgeons. While the average annual salary of the former group was USD 762,846, the latter earned an average of USD 560,659 per year, on an overall basis.

State Wise Average Salary
The following data has been taken from Indeed, which calculates the salary figures based on 50 million job postings from various sources, over a span of a year. The average of the salaries posted on the portal are taken, to give prospects an idea of what figure they should expect. These figures may appear to be understated as compared to the information written above. As we have already mentioned, factors such as, qualification, experience, certification, reputation of the hospital, location of the job, and more, are taken into consideration.

The life of a cardiac surgeon is extremely demanding and stressful. The working environment includes working after the scheduled hours, emergency on-call duties, conducting emergency surgeries, and so on. The monetary benefits of this career are nothing as compared to the inner satisfaction of helping others live a healthy life. The number of cases with heart diseases are increasing day by day, which is why, there is a crucial need for these experts, all across the globe.