An Overview of Funeral Director’s Job

Have you ever wondered what could be the job description of a job as bizarre as being a funeral director? At a time of grief over your closed one's death, a funeral director or mortician could well ease your pain by making all the funeral arrangements required to bade a peaceful goodbye. 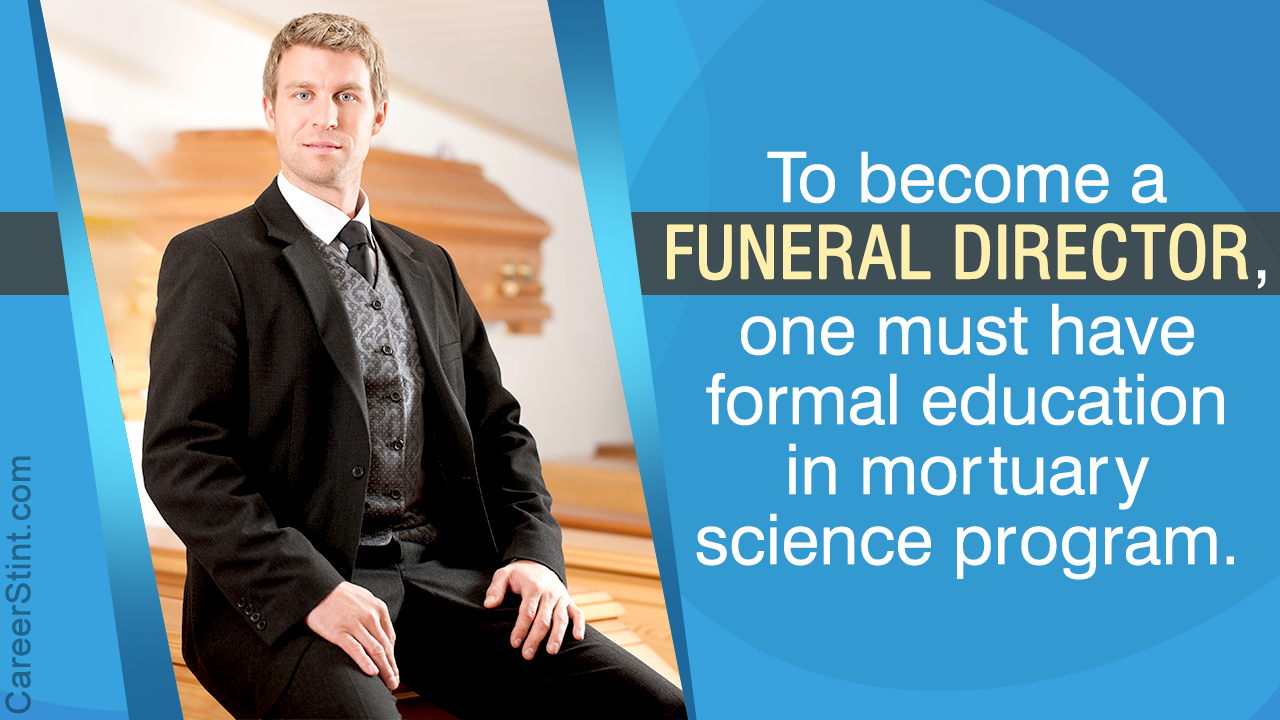 Have you ever wondered what could be the job description of a job as bizarre as being a funeral director? At a time of grief over your closed one’s death, a funeral director or mortician could well ease your pain by making all the funeral arrangements required to bade a peaceful goodbye.

Death is inevitable. Funerals are an emotional ordeal and a time when you say your final goodbye to someone who has been a part of your life, until now. During such an unfortunate event, it can be even more distressing if you have to plan and organize the funeral too. A funeral requires you to complete a number of tasks like, getting a casket to lay your beloved one in, transporting their physical being from the morgue to the burial ground via the funeral home, hiring a clergy and obtaining a death certificate. At such a time, a funeral director, who is also referred to as a mortician or an under-taker, is just who you need.

The job of mortician encompasses diverse fields like biology, accounting, financial management, logistics, psychology and public relations. Although funeral rituals are different in all cultures, in the United States, the memorial service is generally based on the same lines.

It is the first thing that you would be concerned about to hold a funeral within your budget. You wouldn’t want to miss out on anything without over-burdening yourself with high costs. A mortician will help you plan for the funeral according to your financial constraints.

An undertaker will co-ordinate with all funeral houses, cemeteries, churches and burial grounds to hold the funeral ceremony.

Placing an Obituary or Funeral Notice
He/She will put up an obituary or funeral notice in the newspaper to acknowledge and inform people about the death, invite them to the funeral to pay their condolences.

Hosting a Meal and Floral Arrangements
Flowers are the most frequently used medium to pay respect and remember the deceased. A funeral memorial service is never complete without flowers.

Emotional Support
Having public relation skills is very important in this job. The mortician must be tactical, understanding and compassionate while dealing with the mourners. After all, you cannot put up a very unsentimental professional behavior when many are dealing with the loss of the life of a loved one.

Legal Arrangements
He/She performs all legal formalities and carry out paperwork to obtain the death certificate and burial permit. He may also help the family members or beneficiaries to understand and initiate the procedure to claim insurance.

The average salary of a funeral director, as estimated in May 2010 by the Bureau of Labor Services, is $62,490. This figure can cross more than $98,820 for a high-profile successful mortician. If you work in Boston, you can expect to earn $114,234 on an average! The number of morticians is expected to increase up to 12% by 2018. If you are planning to become one, you need vocational training and a license to carry out the rights as has been mentioned. You might want to consider shifting to the south-east regions of America, like Alabama, as the mortality rate in these areas is comparatively higher than the national average. Texas houses the most directors than any other state in the United States, followed by New York and Pennsylvania.

Funerals are increasingly becoming personalized and a mortician or undertaker must easily adapt to the needs of a diverse clientage and be able to actualize the details. The job description, however, does not mention how emotionally taxing it could be to deal with death each day at work. It calls for immense patience, composure and stress management capabilities.

Now, some of the enterprises in this business have come out with schemes which allow individuals to hire a mortician to plan a funeral for themselves and prearrange the details of the funeral and rites to be performed for them. These individuals greatly help a lot of people by taking the burden of arranging a memorial service off their shoulders when they are already suffering much agony.