Bus advertising is a cost-effective means of increasing product visibility and sales. Read on to know the advantages as well as the tips for making the most of this advertising media...

Bus advertising is a cost-effective means of increasing product visibility and sales. Read on to know the advantages as well as the tips for making the most of this advertising media… 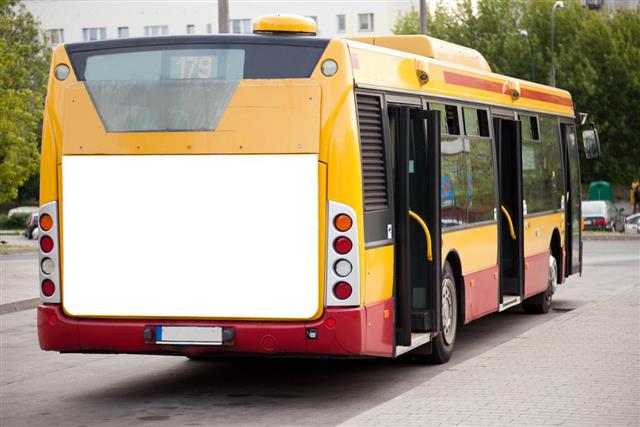 As the name suggests, bus advertising is a means to advertise a company’s products and services on the side panels of the buses, at the back of the bus, inside the bus, on top of the window, on the bus ticket as well as on the bus shelters. As buses move from one place to another, throughout the day, it is a great way to increase the visibility of the products/services. It’s not just the corporates, even government agencies utilize the space on buses for carrying out various campaigns. So what is it about bus advertising that sets it apart from other forms of advertising, such as television commercials, Internet advertising and print advertising? Let’s try to find this out by looking at the advantages…

The main advantage of advertising on the bus is that it cannot be ignored. If an advertisement is playing on the radio, you can always switch the channel. If it’s a television commercial, you can change the channel or switch off the TV. But there is nothing at all you can do about bus advertising. Whoever is waiting for the bus, passing through the streets where the said bus is at the moment or is sitting inside the bus, where the advertisements have been put up, has no other option but to look at the products/services advertised. This is very beneficial to the advertisers as it increases the visibility of the product/service, leading to increased sales.

Bus advertising is very beneficial to businesses as it reaches a vast and varied audience. Whether it is teens, families, professionals or tourists, whether it is people with low income or high income who are traveling in their own vehicles on the road, this outdoor advertising technique increases awareness about a product/service in people belonging to varied age groups and backgrounds. As buses travel to various places throughout the day, such as business areas of the city, suburbs, universities, shopping districts, etc. bus advertising has a very wide reach.

Besides the usual types of advertising, such as “King and Queen Signs” which are put up on the sides, “Tail Signs” which are put up at the back of the bus, “Interior Cards” which are placed near the ceiling inside the bus, there is a new phenomena which is fast catching up. It is known as the “bus wrap”. Bus wraps are advertisements that cover the entire bus and are planned after a particular theme, such as a company, a particular product, any government department, etc. Such giant advertisements are the perfect way to catch the attention of potential customers as their sheer size makes them hard to miss!

As the bus will always be on the move, so in order to make this advertising effective, make it very bright and colorful. Keep the slogan short and to the point as people will not have enough time to read long sentences. The logo and the pictures that you use should be attention grabbing but simple. As advertisements on the bus are read by people of all age groups, the pictures and the slogan should be decided upon keeping this in mind.

Before deciding on whether to choose bus advertising for their marketing campaign or not, the businesses should be very sure of their target audience. Then accordingly they should choose buses to advertise on, which pass through the routes where most of their potential customers reside. One of the disadvantages is that it is not like a radio campaign which can be stopped whenever you want. Majority of the companies require businesses to make a longer commitment such as about three months. That’s the reason why bus advertising is more beneficial for large businesses and multinationals and does not do much for the smaller ones.